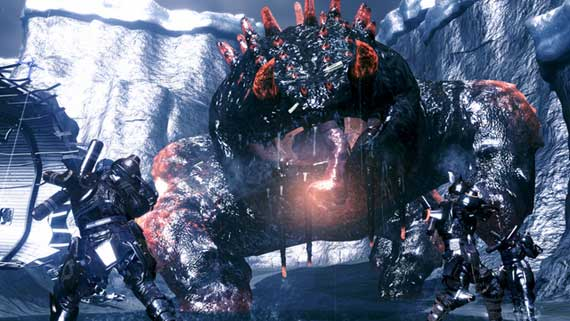 Starting August 19th, which is the first day of GamesCom in Germany, Xbox Live Gold members will be able to snag the Lost Planet 2 demo on Xbox Live.  The demo is the same one that's been on display at E3 and Comic-Con.

You and your squad of teammates will be facing off against a giant Salamander boss in the four player online co-op mode.  There's multiple ways to kill this ugly mofo, though we highly suggest being swallowed whole and giving it a severe case of explosive indigestion.  The demo also promises to show off some of the game's customization features, numerous weapons and even a co-op vehicle or two.