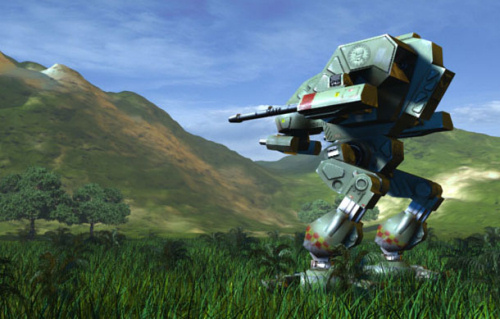 A few weeks back we told you how the re-release of MechWarrior 4 was in legal limbo, and MekTek had pleaded with the internet to help out to some degree.  It appears the plea was enough, as Microsoft has given the green light for the game's re-release.

After nearly a year since the announcement came, MekTek Studios is pleased to announce, that Microsoft Legal has given the all clear for the free release of Mechwarrior4. This hallmark movement by Microsoft Games couldn't come at a better time, as the Mechwarrior community is attempting a rebirth, amidst announcement of a Mechwarrior Reboot. Thank you Microsoft.

The re-release will include all the expansion packs as well as the base game. The original title didn't include co-op play, but it was instead patched in as a user modification.  Mercenaries, Black Knight and Vengeance all support co-op play.

You're also going to want to check out the excellent MekPack 3.1, which was just released for the MechWarrior 4 engine.  This content, created by MekTek, introduces widescreen and high-definition support as well as upgraded and new Mech models and textures.

There's no word yet when the free release will be available of MechWarrior 4, but we imagine it's soon.