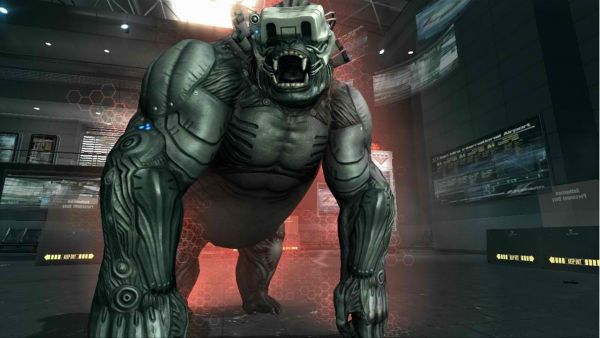 Mindjack, Square Enix's game about jacking...minds is due out January 18th.  The game allows players to control any NPC, and other players can jump into a host game to help or harm the main player.  Mindjack is set in the near future where those who can afford new technology lord all of their fancy crap over those who can't.  You know, like Mac users.  This new trailer, while lacking any game footage, explores the concept on a canine level.  I laughed.  Out loud even.  You may, too.  Just don't go rolling on the floor, laughing like a simpleton.   Have some dignity.

Now we all know that people would do stupid stuff like this.  This is why we can't have nice things, humanity.