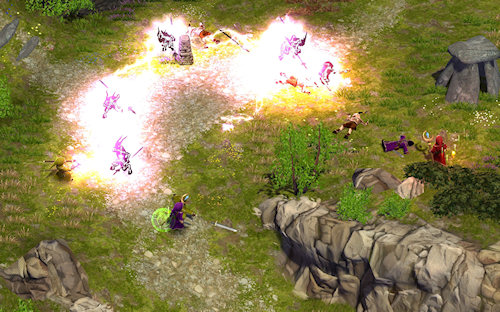 We were quite excited about Magicka, but were disheartened to learn that the game has launched with a myriad of problems.  Thankfully the developers have been true to their words and have released patches for the game every 24 hours since release improving stability as well as tweaking the game based on user feedback.

All that promised support seems to have paid off as Paradox sent out a press release affirming the patch cycle and touting over 30k purchases on launch day.  While boasting sales might not be a wise decision for a game that's currently frustrating lots of users with crashes and bugs, it's good to see the 4 player co-op title doing well.

To reward players that purchased the game early, Paradox is giving out the Wizard's Survival Kit DLC for free. This content offers an exclusive hat, robe and staff for your magic casting wizard.  This content will be available for free until January 31st.

The latest patch for the game is live which allows servers to have passwords as well as various crash fixes again.  According to a forum post, this will be the last patch until Monday (because Steam doesn't patch on weekends) - and Monday's patch will be a huge one promising to improve the game even further.

Here's the latest patch notes as well as the known issues.

Finally, check out these cheesy yet awesome infomercial for the game.