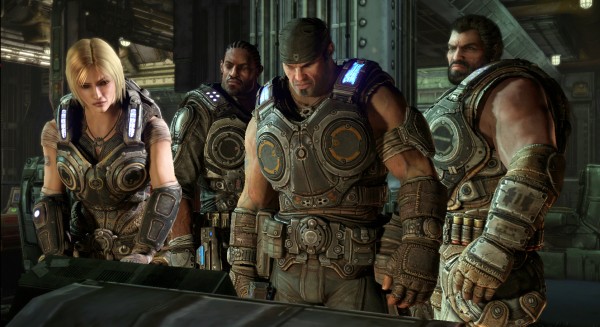 Epic Games have just announces that a brand new trailer for Gears of War 3 focusing on the game's story and campaign will debut next week during Champions League Final Match at approximately 9:45 p.m. GMT around the world, and during Game 6 of the NBA Playoffs on TNT in the U.S.

To hype up the hype, thats right - I'm talking paradoxical here - Epic has released the above screenshot as well as a 10 second clip from the trailer.  In it we see Marcus, Anya, Dom and a new COG looking at a screen in which...well I'll let you see for yourself.