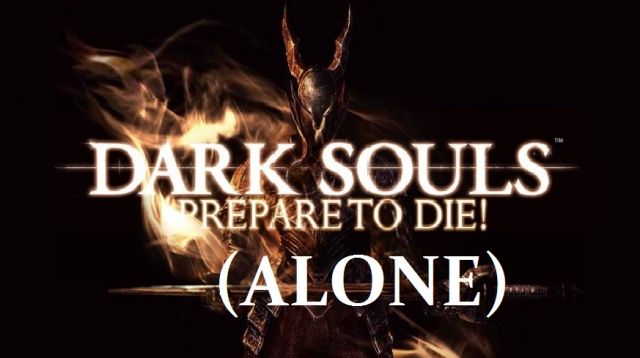 Are you having problems summoning your friends in Dark Souls?  Heck, are you having problems summoning anyone to help you in your battle against the demonic hordes of Lordran?  Have you been placing your summon sign at the beginning of every level and in front of every boss encounter, but no one calls for help?  You are not alone.  Well, you are alone.   Dark Souls is using a different server system than its predecessor, Demon's Souls, and it greatly hinders the possibility of meeting up with your friends.  Naturally, the internets are not amused.

Apparently, there are several different servers being used for Dark Souls online play.  (I should note that the game doesn't support any form of voice chat, but that numerous players circumvent this with Skype, G-Chat, tin cans and a string, etc.)  This means you can't drop your summon sign in a specific location and then ask a friend to go get it.  In Demon's Souls you could simply place your sign, then tell your buddy where he could find the damn thing.  Nine times out of ten he'd see it and summon you (or vice versa).  In Dark Souls, his world is not only different from yours, he may be on another server, which means he'll never see your summon sign.  He's in a whole different universe.

Co-Optimus contributor (and video extraordinaire) Locke Vincent and I have been playing Dark Souls together for our upcoming Co-Op Review and Co-Op FAQ.  The last two nights we have spent over two hours trying to meet up with each other.  We tried all sorts of different tricks, but I'm not going to bore you with all the level matching, Humanity using, location sharing, message reading, console restarting details.  Like Demon's Souls, Dark Souls player summoning is a little esoteric.  The point is that we did eventually get together, and it was awesome. (We've even got the video to prove it.)

Here's the problem: it was due to sheer luck that one of our system restarts put us on the same server.  There's no way to actively seek out another player.  Some of you may be okay with this, enjoying the anonymity of Dark Souls co-op, but this hinders your game, as well.  In some of your sessions you may have noticed that it's rather lonely in Lordran.  Very few phantoms are present, there aren't many bloodstains, and messages are scarce.  This is because you're on a server with a low population, or, all the people on your server are partying in Blight Town while you're still trying to get through the Undead Burg. I started the game last Friday and I didn't see a single summon sign, nor was I summoned myself, until the game hit wide release.  (Which is totally understandable.)  But since then I've been invaded once, and been summoned by another player (not named Locke) three times.  If your used to playing Demon's Souls, you know that this is a dismal turn out.  Now I have about sixty hours of time in with three different characters, and summoning seems sporadic at best, broken at worst.

There has been more than a little uproar over the issue, which lead Namco Bandai to issue a list of the summoning parameters:

Due to several contacts we've received from users confused as to how the summoning feature works in game, we have provided this list to help.

I added the highlights and exclamation points, just to be sure you saw the part where Namco Bandai said “It is what it is,” and wished us luck. Gee, thanks guys!

This wouldn’t be that big of a deal, if it wasn’t such a giant step backwards from the summoning system of Demon’s Souls.  I know the game isn’t a direct sequel, but “spiritual successor” shouldn’t mean, “More of that game you loved, with less of why you loved it.” Long story short, (too late, I know) summoning any one particular player has been made incredibly difficult in Dark Souls, which is a giant step backwards from it’s predecessor.  It’s impossible to summon a friend if you’re on different servers.  If you like the random aspect to the play, this greatly reduces your potential partner (or victim) pool.  This is a truly baffling design decision from FromSoftware which degrades a key feature gamers fell in love with in Demon's Souls.

So with all of that information, you think you know everything there is to know about Dark Souls co-op, right?  WRONG!  You know how to get someone into your game.  A lot of good that will do you, when the GAPING DRAGON is chowing on your face! We’ve only scratched the surface of  co-op mechanics (as well as the other online goodies), and we’ll be covering all of this and more in our Co-Op FAQ (now with sexy video accompaniment) which we will post on Monday.  Don’t know if Dark Souls is the game for you?  We’ll let you know, in our Co-Op Review, which will be out on Monday as well! What a marvelous coincidence!

Big thanks to Co-Optimus reader Jason Hawes for bringing this to our attention. Seriously, Locke and I were losing our minds trying to figure this out. He also provided links to several... "colorful" discussions on the topic. People are invoking the "p" word people! Get your petition-signing hand ready!