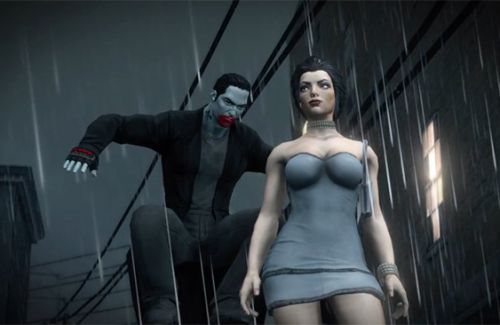 And people are complaining about zombies plaguing the video game industry…

With the previous add-ons of “Gangstas in Space and Genki Bowl VII”, Saints Row the Third is now getting the “Bloodsucker” DLC, which will allow your character to latch onto, bite a passing victim, and regain your health by pressing the down the right hand stick.

Although it is well known that vampires (save a few) cannot walk around in the sunlight, that doesn’t seem to be the case in this DLC. Almost like the comic book character, Blade, you gain a vampire’s strength, but none of their weaknesses. Too bad we can't walk on walls or turn into a vampire bat though… Just be thankful that THQ didn’t give us any sparkling skin.

In addition to the vampiric tendencies your character will now have, the pack also includes new VIP bonuses for the Cash Boosts, Hourly Income, Respect, and Scavenger abilities.

Check out the awesome trailer for it now (No appearance of Robert Pattinson, ladies. Sorry!):