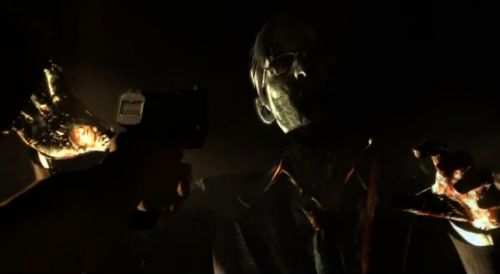 Today we have two nice companion videos for our Resident Evil 6 hands-on preview from E3. This pair of features the Leon and Helena campaign from the E3 RE6 demo. You'll notice there's a lot more creepy atmosphere than in Resident Evil 5. The videos are about 10 minute each, so you'll see quite a bit of the opening level. Enjoy.

Did you notice in the HUD that Leon's a little low on ammo? He should know better.

Moving while shooting, dual-wielding, and anti-zombie karate. That's what I'm talking about!

Capcom will most likely release videos for the other two campaigns soon. Chris and Piers had a much more "shoot first, ask questions later" vibe, and I'm looking forward to seeing Jake and Sherry's campaign, since we missed out on that one at the show.

Resident Evil 6 supports two player local co-op and at times up to four player online co-op. The game will launch on the Xbox 360 and PlayStation 3 on October 2nd.