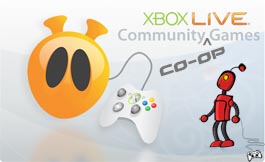 Microsoft launched the Community Games channel for the Xbox 360 in November. In three months, developers have released more than 180 games for the service, with over 30 featuring co-op play. It’s been hard to keep track of all the releases even for those of us highly interested in them. But in the last couple of weeks, my lady Tamra and I played through all of the demos available and picked five to spend some quality time with.

We've also compiled a a Master List of All Community Games with Co-Op.

If you’re looking for a co-op game with a story, A Wizard’s Odyssey is just about the only option in Community Games so far. This arcade style hack ‘n slash allows up to four players to try and defeat an evil wizard who has taken control of the land. Players have four elemental based attacks, one for each face button. Each attack can be upgraded three times. You’ll travel across the land, defeating the wizard’s allies until you finally face him in his enchanted castle. I didn’t say it was an original story. 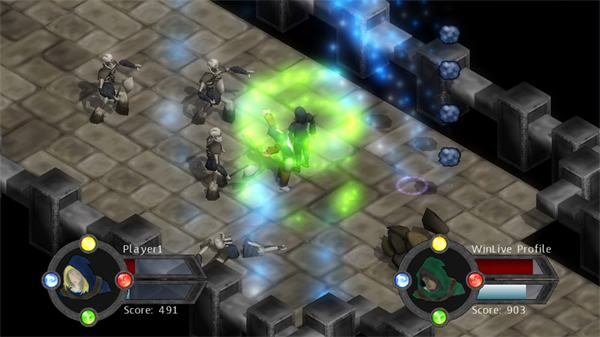 We beat the entire game in about an hour and a half. The graphics are rough, borderline laughable. Tam nicknamed our characters Turkey Leg Boy and Crab Claw Woman, for their unintentionally distinct features. To be fair, the developers have tried something more ambitious than many other Community Games, but fell short from delivering a polished experience. We had some fun playing through it, so it wasn’t a waste of time. For 400 MS points though, there are better games in both XBLA and Community Games.