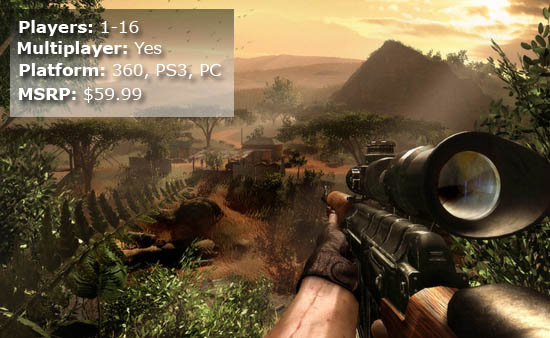 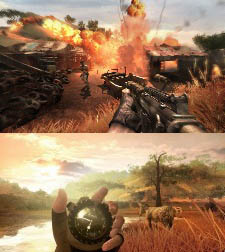 This is one of those games that will probably fly under the radar for most folks.  I personally think this is one of the best FPS games of the year.  You are dropped into a 50 square kilometer part of Africa with one mission: take out the Jackel.  You are also infected with malaria that you have to take pills for every once in a while.  The world is your oyster as you play through all the story missions and side missions.  An innovative real-time map that can be pulled up as you are walking/running/driving along truly brings the game to the next level.  Also the number of options available to you in order to finish your mission such as going into it in the dark instead of the day, blowing everything up versus being stealthy, etc.

This game is really fantastic and is rather long, clocking in easily at 20+ hours and even longer if you decide so.  Everything is extended by an awesome map editor and multiplayer as well making this one of the most in depth shooters to come to consoles since Halo 3.