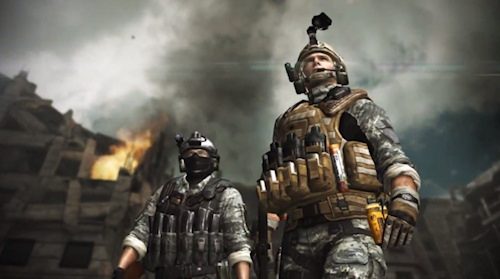 Free to play shooter Arctic Combat is getting brand new content on April 18th featuring co-op play for up to four players. There's not much detail yet, but we do have a teaser video filled with some music and visuals to get you psyched up for the battle ahead.

From what I gather, Arctic Combat is an online shooter created by Webzen geared towards all audiences, both casual and hardcore. As with most free to play shooters, the bulk of your "money" would be spent on customizing your character, but the game does seem to offer experience boosts for a price as well. While the bulk of the game is about team based versus tactical play, presumably in cold environments, the co-op mode teams you about against...something.

The teaser trailer doesn't reveal much -  but I'm pretty sure that's one of the dog like creatures from Ghostbusters. Gozer the Gozerian must have forgot to close the gate to its yard.  The four player co-op mode goes live next week.