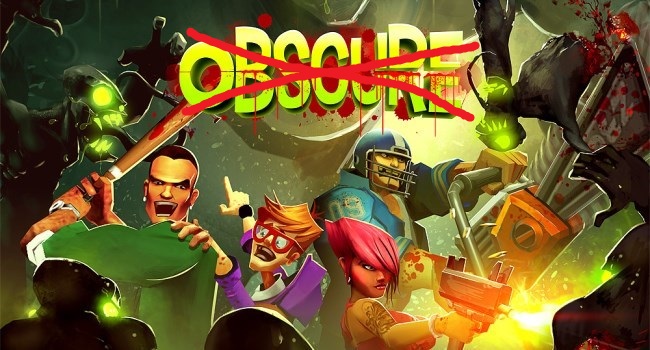 Bringing back a long forgotten franchise is a wonderful idea, unless the new game looks nothing like the original.  This was the case with Obscure 2013 that was as similar to the moody original as chalk is to cheese in a can.  Mighty Rocket Studios have decided to sever the more obvious links with the original game and have renamed their 4 player co-op game Final Exam.

There appears to be little change between Obscure 2013 and Final Exam, apart from the name.  The game (whatever they decide to call it) is still planned for release later in the year across xbla, psn and PC.  Final Exam is a 4 player side scrolling action shooter that can be played locally or online.