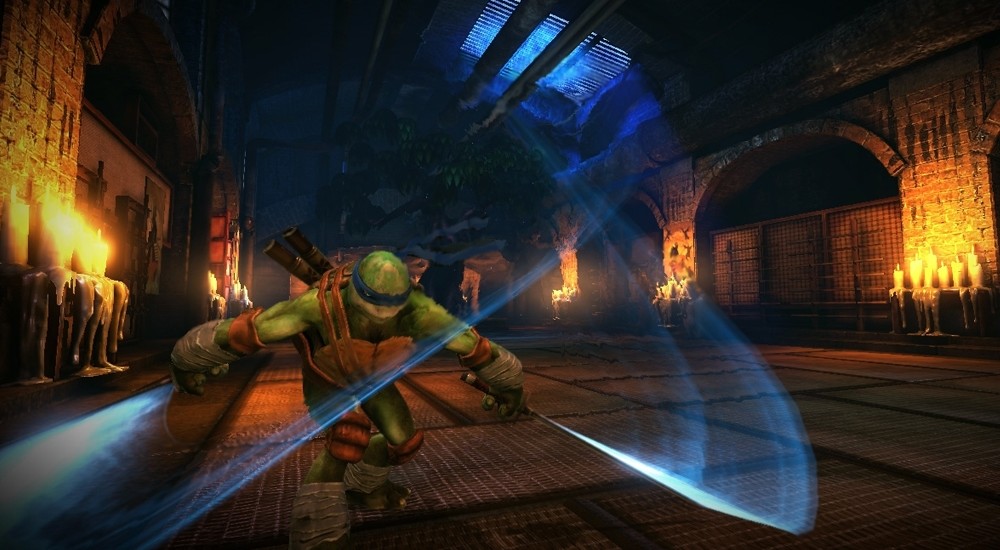 A new Teenage Mutant Ninja Turtles game popped up on the Xbox Live Arcade Marketplace and Steam today. If you're a 360 owner TMNT: Out of the Shadows marks the finale of this year's Summer of Arcade! If you're a PC gamer, it's just a Wednesday release. We have a launch trailer for you to judge. Do it.

I played through the first chapter of this cooperative brawler and I was not impressed. I'll wait to write a full Co-Op Review until I finish the game --all four chapters of it. It's never a good thing when PR doesn't offer review copies to critics before a game's launch.

After a wretched opening sequence I finally got into the action, which was actually not bad. I'm not going to get too deep into the game here, but I will clear up some of the cooperative details:

Looking around on the web it seems some people like the game way too much and others are hating on it because they can. You know, normal internet feedback. The good news is the 360 will let you play a trial version before you buy, so you can make your own informed decision. I'm sure there will be plenty of folks writing up their thoughts on the game and slapping scores on it in the near future. I should know. I'm one of them. Unless I can get a new guy to do it. Who knows? Maybe the second, third, and fourth chapters are AMAZING!

Teenage Mutant Ninja Turtles: Out of the Shadows is available for $14.99 right now from the XBLA marketplace and Steam Store. It will be available on the PlayStation Network this September.