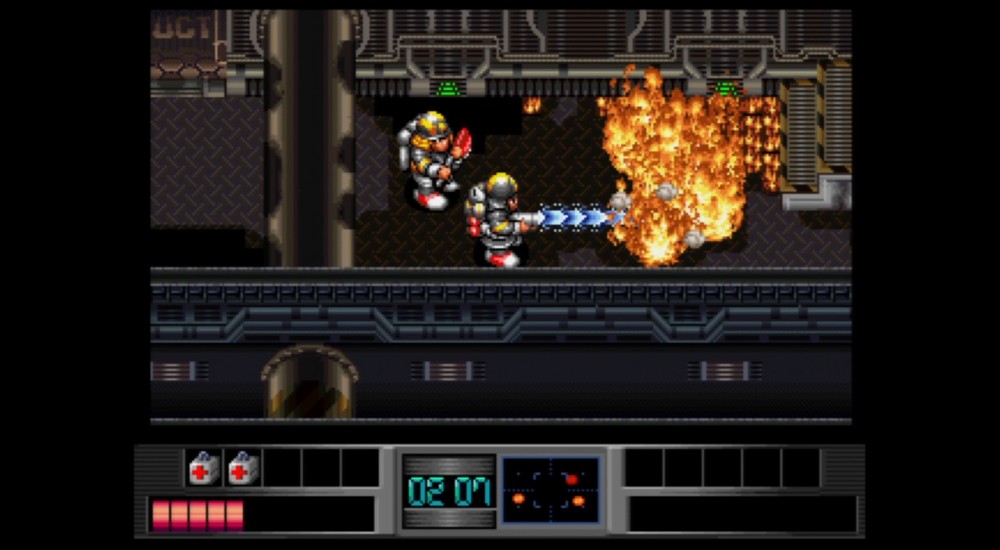 Perhaps if you lived in Japan in 1995 you got to play The Firemen 2: Pete & Danny on the original PlayStation. For those of us in North America, our first chance of getting our hands on the fire hose came in late January, as The Firemen 2 saw it's North American release on PSN.

Available for cross buy on PS3 and Vita (though the co-op features only work on PS3), The Firemen 2: Pete & Danny puts you in the role of two firefighters on Christmas Eve in New York City. Working together from a top down view, players stay on the same screen as they visit multiple locations battling a series of mysterious fires. Think top down shooter, but instead of bullets you have water or an ax, and instead of enemies you have fire.

The couch co-op functionality is implemented well, and there is definitely a true sense of cooperation when working together to extinguish the flames. While one player has a hose, another has an ax, and different attacks work for different kinds of fire. The game itself is in Japanese, but it's easy to figure out what's going on and more importantly, how to have some fun while doing it.