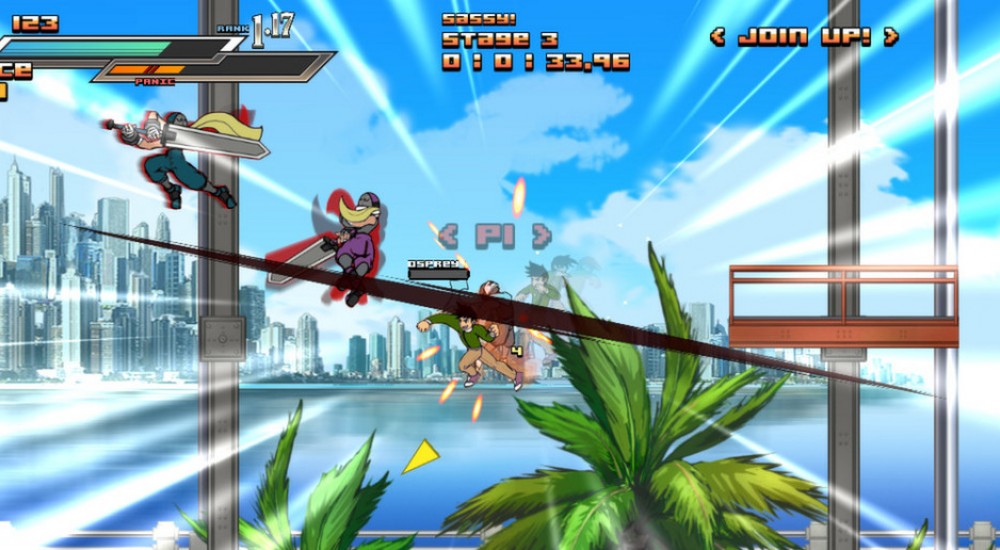 Because fast-paced combat on the ground just isn't exciting enough, Culture Attack Studio's Aces Wild: Manic Brawling Action! is all about fighting in the air. Sure, there's some ground stuff going on, but this martial arts combat game is focused on combat that quite unsensibly defies the laws of gravity.

Things are constantly in motion in Aces Wild. With fluid attacks, aerial combos, plenty of explosions and just-for-emphasis visual effects, there's no shortage of eye candy to keep you glued to the game. You play as Ace Wilder trying to defeat his brother Rex in a tournament. Well, Rex and everybody else in the friggin' world. Chain offensive and defensive moves together to build up your Wild Meter, which increases the strength of your attacks but also makes enemies more aggressive. Kind of like picking a fight with someone while working out at the gym. Only with more explosions.

Aces Wild: Manic Brawling Action! is currently available for PC via Steam. It supports two player local co-op, pairing you with a friend as you attempt to not get your collective butts kicked by the hyperactive foes that pour out of the ether. Note that the game should probably be played with your real life feet on the ground.