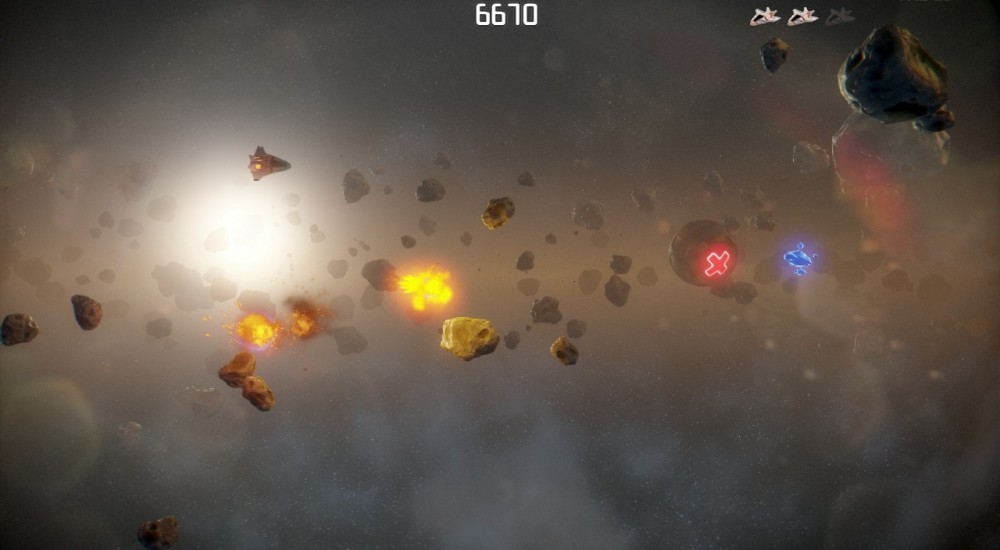 Indie development studio Indus3 is working on a game that features Asteroids like game play, but updated for the modern era. It features some incredibly slick visuals, co-op game play, and a modern soundtrack while still doing a few other new things that make it its own thing. Coming as no surprise, Atari - who still owns the rights to the Asteroids name, has asked them to rename the upcoming arcade game.

So the team is asking the community, via their blog, to send in suggestions for the new game name. If your name is chosen you'll be given a free copy of the game along with other games developed by Indus3.

Take a minute to watch the video of this game in action.

Looks great, no? Reminds me a little bit of Super Stardust HD. It should be even better with the addition of co-op gameplay. Indus3 has confirmed to us the game will feature at least two player local co-op.

Yes, multiplayer will be co-operative and it will support more than two players. There will be no friendly fire, thus players will have to be careful not to hit each other directly nor indirectly - for example, by destroying an asteroid near one of the players, whose particles might hit him.

While the original Asteroids didn't offer cooperative gameplay, as our Co-Op Classics piece told us - there were several versions that actually allowed two players to blast space rocks together. The game is available for pre-order for $10 and will be out later this year.