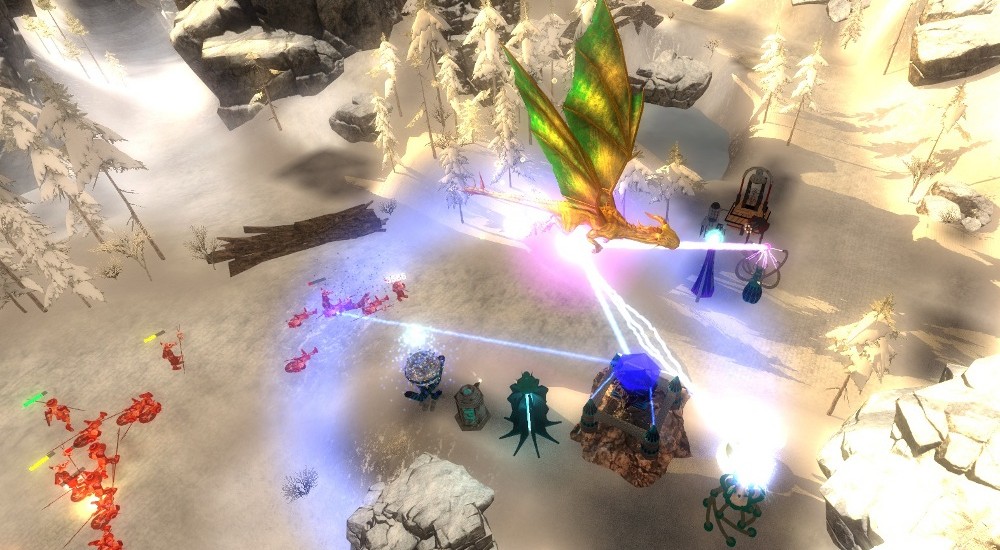 The indie team at Cybertron Design Studios wants tower defense to be epic once again. Towers of Altrac will feature 3D environments, weather effects, day and night cycles, online co-op for up to four players, and an impressive 600 enemy types with 57 upgradeable towers to deploy.

Towers of Altrac's feature list is impressive. For starters, completing the main campaign will take you about 45 hours. That includes over 60 unique environments to build through, each with different terrain and path placements you'll have to work around. The towers are divided between three playable nations and offer a balance of splash damage, powerful single shots, and different ranges and fire rates. Some towers improve nearby towers, whereas others work best in very specific locations. There are even special abilities like tornadoes and meteors that can be used in a pinch.

Probably the most exciting single feature of Towers of Altrac is enemy AI. Instead of mindlessly walking down paths while your towers spray them with bullets, the bad guys actually pick where they'll go based on the defenses you've set up. The "search and destroy" system means you'll need to do more than just place a bunch of units and upgrade them all the way. It's the tower defense game that thinks, so you should do the same!

A demo is currently available for Towers of Altrac. The final release is expected by the end of March and will support online co-op play for up to four players.