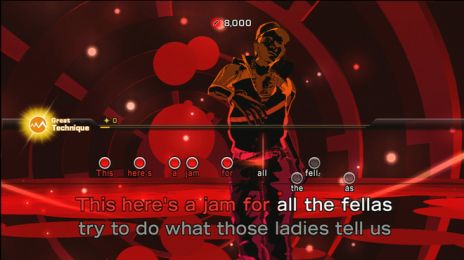 You might have noticed something a bit unusual about the songs recently released for Lips, the Xbox 360's answer to the Singstar series.  It appears that some songs are just a bit more expensive than others.  Here's an example:

I'm reminded of that old Sesame Street skit: "one of these things is not like the other, one of these thing is not the same..."  It looks like a blatant money grab for the more popular song, doesn't it?  The MTV Multiplayer Blog asked Microsoft about it, and here is the cryptic and rather unsatisfying reply.

“While we aren’t able to comment on the details of pricing decision,” said a Microsoft representative over e-mail this afternoon, “Microsoft is committed to providing a great value with Lips DLC by offering fun and popular songs and music videos that extend the ‘Lips’ party experience.”

Personally, I'd say the Righteous Brothers are worth a quarter more than the Pussycat Dolls, but that's just my opinion.  Let's hope other music games don't follow suit, or we might be laying out the big bucks for Rick Astley's greatest hits.  (You know you want it.)