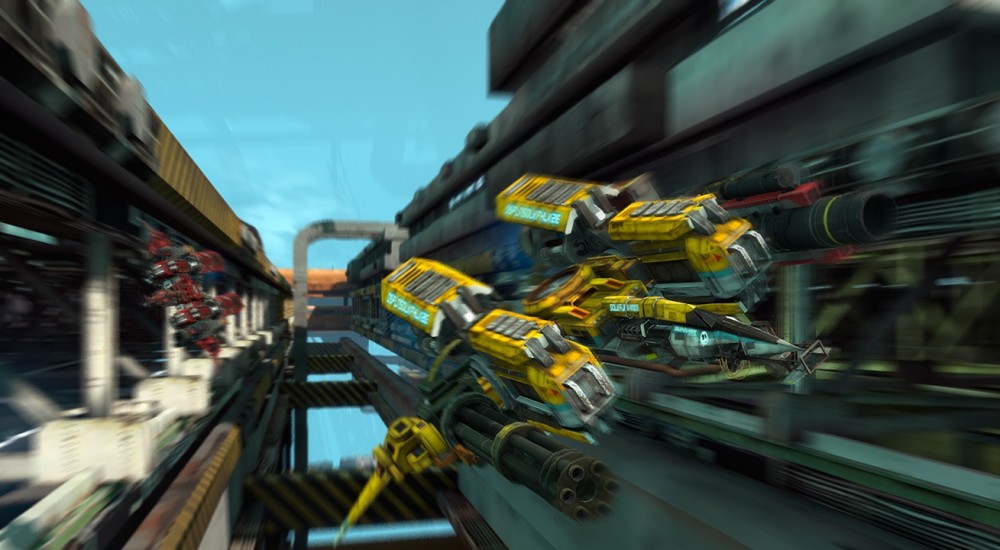 I think we can all agree that mechs are pretty awesome. Is there a scenario that cannot be improved by the incorporation of a giant, robotic suit with guns attached to every limb?

Though it debuted as a straight up PvP slugfest, the team behind Strike Vector announced an upcoming DLC adding co-op to the game, due out in May. Turn your chainguns away from your friends, and direct them towards that soulless AI flying towards you at nine-gajillion miles an hour.

In case you've never heard of this game, check out this handy trailer.

Up to six players can battle against the AI in fast-paced missions atop those colossal structures. The Strike Vector Team has highlighted that all future DLC, including this one, will be free for anyone who owns the game. So far they've been churning out additional maps and modes since the game's release at zero cost to game owners.

While it's billed as an FPS (a "brutal aerial FPS" at that), you can swap between first and third person mode, presumably so you don't dash your expensive combat suit against whatever floating platform you are hiding behind. A handy trick which plenty of mech pilots wish they possessed.