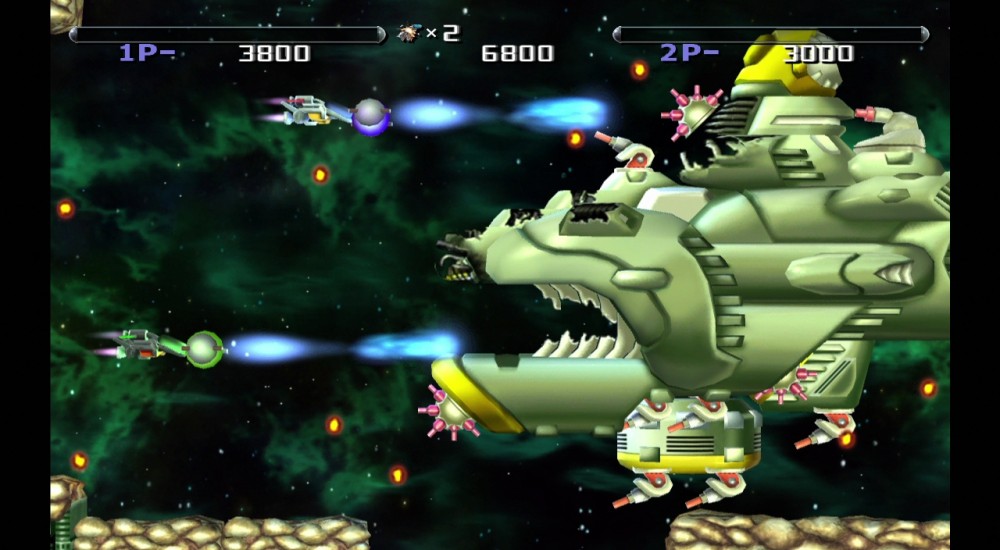 Tozai Games is releasing a compliation of the first two R-Type games on PSN today. Called R-Type Dimensions players can get their hands on the classic side scrolling arcade SHMUP. If the name sounds familiar, another version of the game was released back in 2009 on Xbox Live Arcade. Sadly the online co-op mode that was present in that version isn't present here, instead you are relegated to two player local co-op.

Price at $9.99, players have the option of playing in classic 8-bit R-Type style, or a brand new 3D version of the graphics are an option too. Along with the revamped graphics comes remastered audio and music, a slow motion option, and the ability to map your controller.