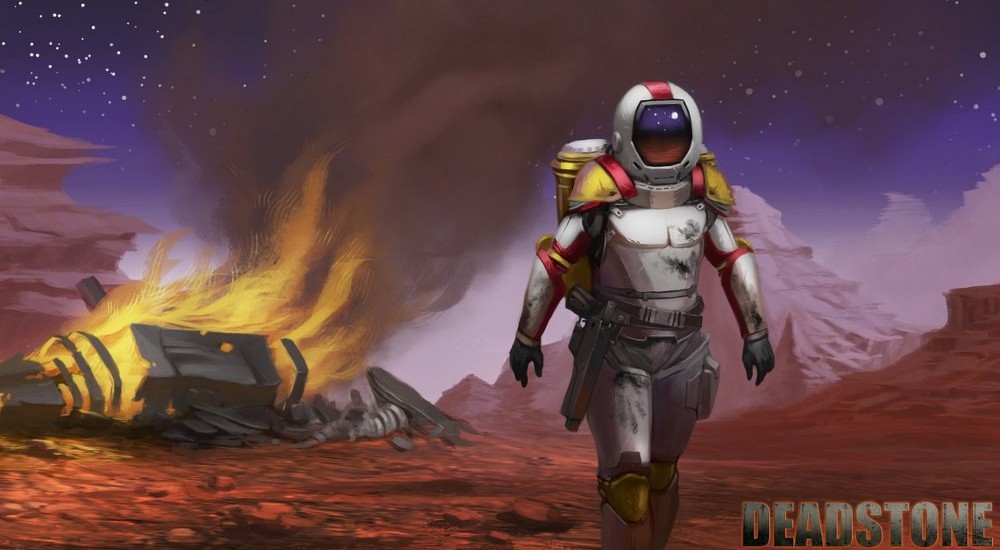 Timeslip Softworks is sending you to Mars with its very first release, Deadstone. The game combines fast-paced combat with tower defense elements, resource management and character upgrades to create a frantic atmosphere of explosions and infected humans and corpses and turrets. Just because the photos look serene doesn't mean the red planet is all quiet and peaceful.

The space station Icarus has been overrun with a very special strain of bacteria that turns everyone into homicidal monsters. Security operative Blake manages to escape but crashes on the surface of Mars near the mining colony of Deadstone. As you probably guessed, things aren't so calm on the planet, either. Blake finds himself going out on patrol to make sure the colony stays safe. Instead of defending your base because you don't want creeps to smudge the windows, every time an infected monster gets by, a colonist dies. Oops.

You're armed with a handful of guns, items and turrets to help keep the baddies at bay. After a successful patrol you'll have a chance to upgrade your character stats, buy items and new weapons in the hopes that it will be enough to get you through another day. Staying alive is largely a matter of shooting things that can deal the most damage to you, but if you'd like an additional challenge, Deadstone can provide it with its "hard" and "very hard" difficulty settings. There's also a curious option to play the game with the full story, with part of the story, or without the story entirely. Because sometimes you just want to shoot stuff.

Deadstone is currently available for PC and supports two player local co-op. Mac and Linux versions are possible in the future.