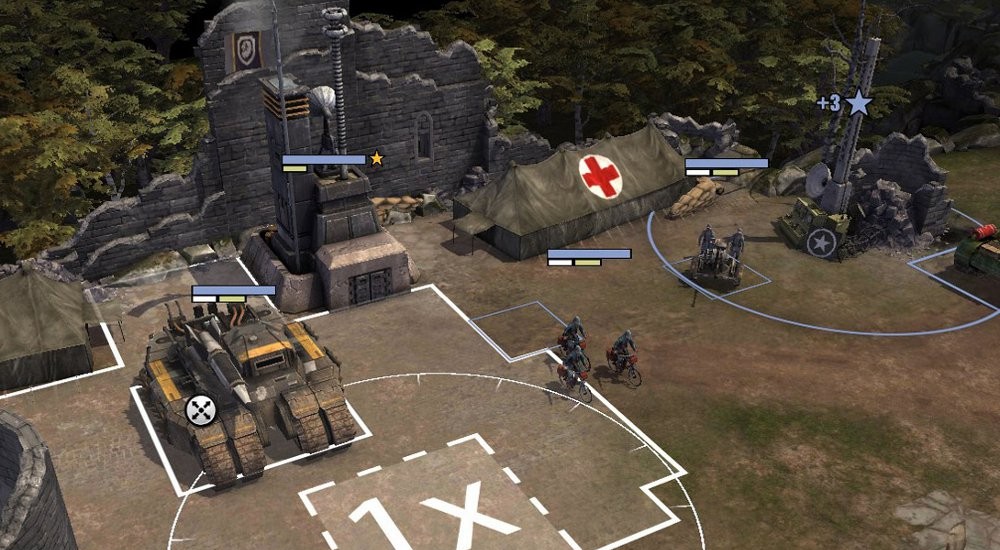 It's time to take over the world. Again! March of War from ISOTX is an episodic turn-based strategy game released on Steam rooted in realistic (but still fictional) settings and scenarios. The goal is, as always, to conquer the continents and become the supreme powerhouse of the world. Eat it, everybody who isn't in your faction!

March of War splits its time between unit management and tactics on the field, giving it a somewhat RISK meets Civilization vibe. Buy units, research techs and check your units' stats, then head into battle so you can deploy troops, capture territory and extract resources to conquer land one piece at a time. The factions you can play and fight against have their own strengths and weaknesses to give them their own playing style and personality. The African Warlords, for example, can use war beasts but have limited artillery. The Latin Junta use guerilla tactics and chemical warfare but have fragile elite infantry.

March of War is turn-based and free to play, making it very accessible as far as strategy games go. Units, avatar items, skins, boosts and character slots can all be purchased from within the game. New content is delivered at a monthly pace, and developer ISOTX has been working closely with the community to shape the themes of those releases. A very promising future feature is the ability to switch seamlessly between devices, starting a game on PC then toggling over to a tablet when you can't stand sitting at your desk any longer.

To get co-op going in March of War, players first need to join one of the player-run Battle Groups available for each faction. Request an invitation, wait for the group leader to accept, then you can work with other members to rid the world of... whoever isn't in your faction. 'Cause those guys deserve it!