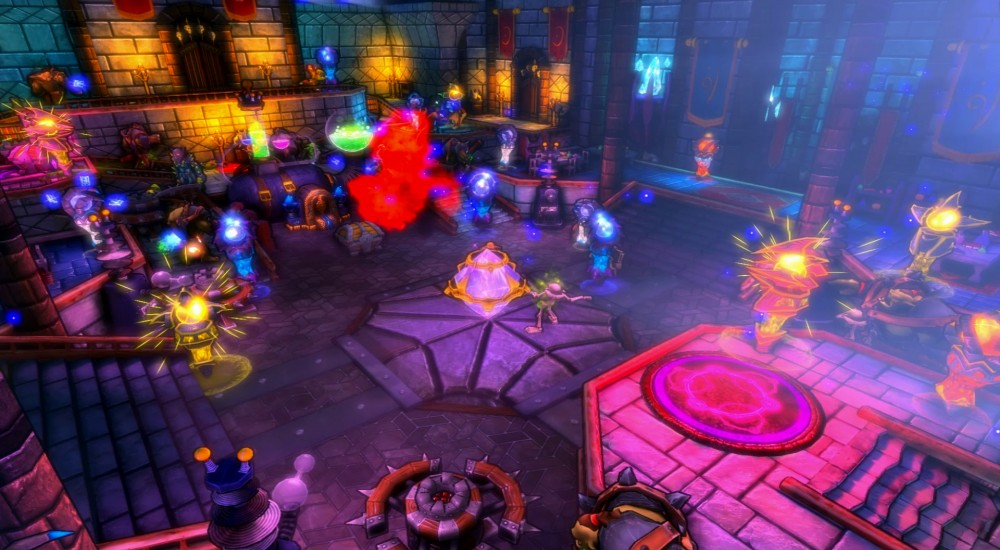 Trendy Entertainment has launched a stop-gap game to tide players over until Dungeon Defenders II is finished. Called Dungeon Defenders Eternity, the repackaging of the original adds more than just a fresh coat of paint and all of the DLC.

Dungeon Defenders Eternity features new content, including four new missions, redesigned gameplay balances and enhanced cross-platform play. An anti-chat/hack system was put in place as well, though that may have caused some issues with users initially (more on that later). The game will also unlock exclusive content in the upcoming sequel, Dungeon Defenders II, shortly after launch.

Some of the other improvements players will see are visible armor that reflects each player’s unique equipment, a new dashing system, new consumables, new amulets and more. Soon after launch the Hall of Triumphs will activate, where players can unlock special items, titles and pets for use in Dungeon Defenders II.

While only the PC, Mac, Linux and Android (Tegra) versions have launched, the game will be out on iOS devices as well. The Android version is especially interesting because it exclusively runs on NVIDIA Tegra platforms only, but furthermore, you'll have access into Trendy's new backend platform, playverse. Later iPhone, iPad and other Android systems that allow cross-platform play will get access to all their content with the same account on any device at any time. There's no word if you'll have to purchase the game multiple times though.

But what about that anti-cheat technology Trendy implemented? The problem was the game originally didn't allow offline play, essentially becoming a crippling DRM if you want to play single player. The whole thing backfired for Trendy and they quickly worked to update the game to re-include single player and private gameplay.

Dungeon Defenders Eternity is out now with four player online co-op for PC, Mac and Linux. NVIDIA Tegra devices can download it from the Tegra Zone. The game is currently on sale for $14.99 until August 5th where it'll return to its normal price of $19.99.