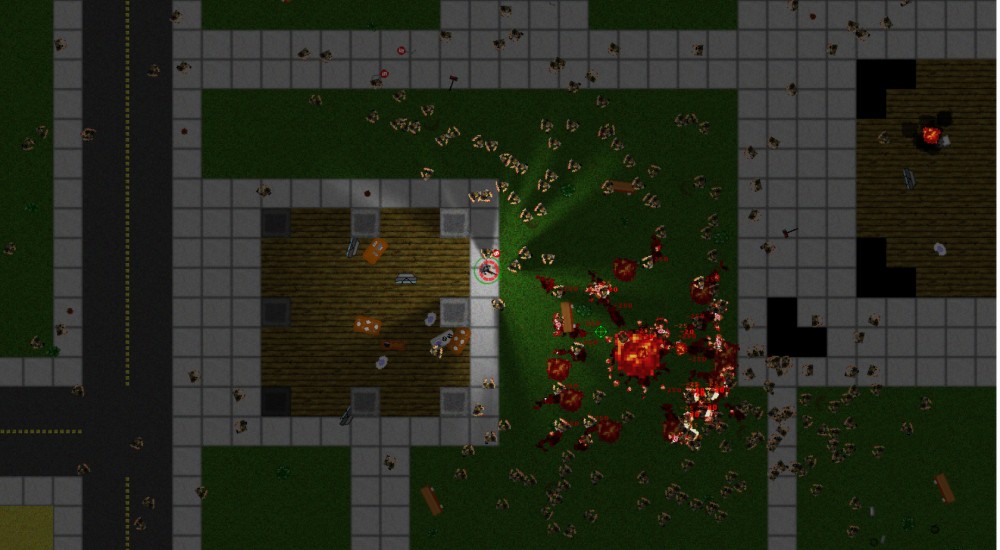 Last night we checked out the early access version of Over 9000 Zombies! The game is a twin-stick shooter developed by Loren Lemcke and published by Mastertronic. It has a slight retro vibe to it, but incorporates some modern gameplay features like online play.

Obviously the standout feature of a game with 9000 Zombies in the title is the sheer number of enemies you'll be facing. We tried to count if there was more than 9000, but lost count early. It's your job to mow down the horde, collect scrap metal and build up your base for defense. At your disposal are walls and turrets while your arsenal consists of pistols, machine guns, and even plasma guns.