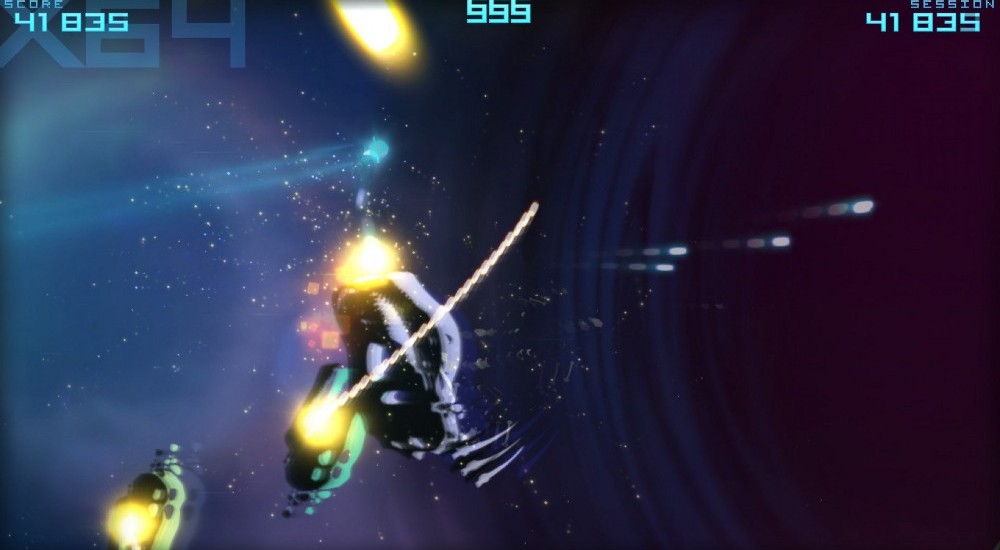 Boss Baddie's Really Big Sky is a twitch-based shooter designed for the modern gamer. You know, they say that, but when you sit down with the game you won't be able to stop thinking about the mid-80s and how you spent all those quarters on Gradius and R-Type.

Out in the big scary world of space there are some aliens. They've got their alien eye-things on [your planet] and really want to move there, displacing you and your people in the process. How does one deal with a situation like that? With guns, lots of guns. And shooting aliens with said guns. Fly through wave after wave of aliens, laser planets, wormholes and asteroids as you take down big bosses and just generally feel good about yourself for being so world-savey.

Procedural generation is what drives Really Big Sky's bright colors and shooty enemies. Everything from boss strength to the time between waves, enemy attack patterns and frequency of bonuses is created based on how you play the game, giving you a hand when you're having a tough time but really putting the pressure on when you prove you're actually competent. 12 modes of play fill out the shmup's offerings, including a two player local co-op mode for those times when aliens need extra lasers to their alien heads.