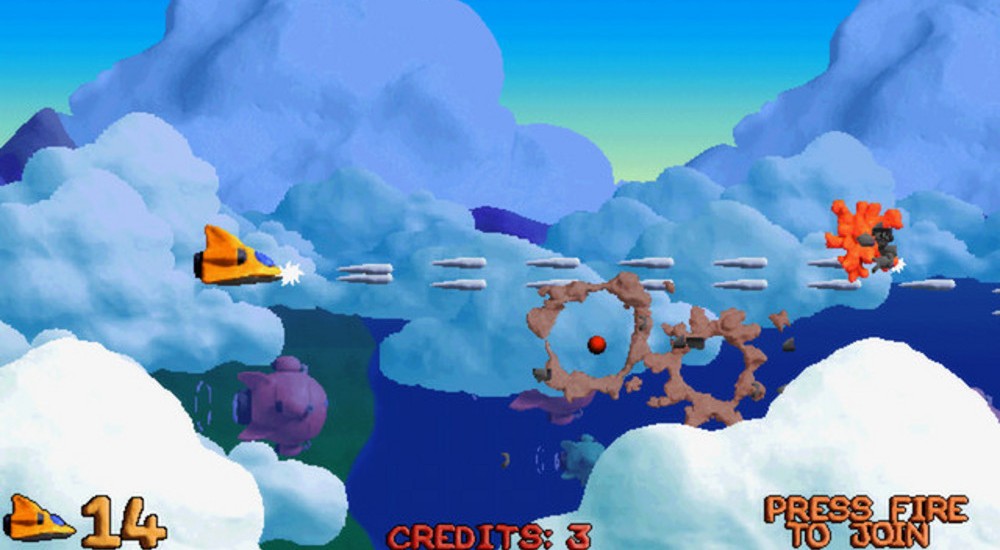 One of the darling indie games of the past decade is a little sidescrolling shooter called Platypus. The tough title has had a rough life since its first release in 2004, starting with production delays, rights issues, house fires and a disturbing lack of plasticine to actually build the game with. But hey, it's on Steam now. Everything's good, right?

Platypus plays like a classic shmup in a bouncy cartoon world. The massive city of Collosatropolis has reached its limits and now takes up every inch of space on the continent. The air itself is even toxic, and don't get us started with the parking situation. City leaders have decided that the best solution is to invade the neighboring country of Mungola. Since they're a relatively simple folk, it should be an easy takeover. All they have for defense is a single squadron of fighter planes known as the F-27 Platypus.

Hey, that's the name of the game! Platypus puts you in one of these ships defending your country from the hostile takeover. It's you versus the massive battlefleet as you hold down the "fire" button and swipe up and down to take out every little thing that crosses your path. Co-op play supports two local players sharing the same screen. It's a bit basic by today's standards, but the claymation creation still looks fantastic a decade after its original release.