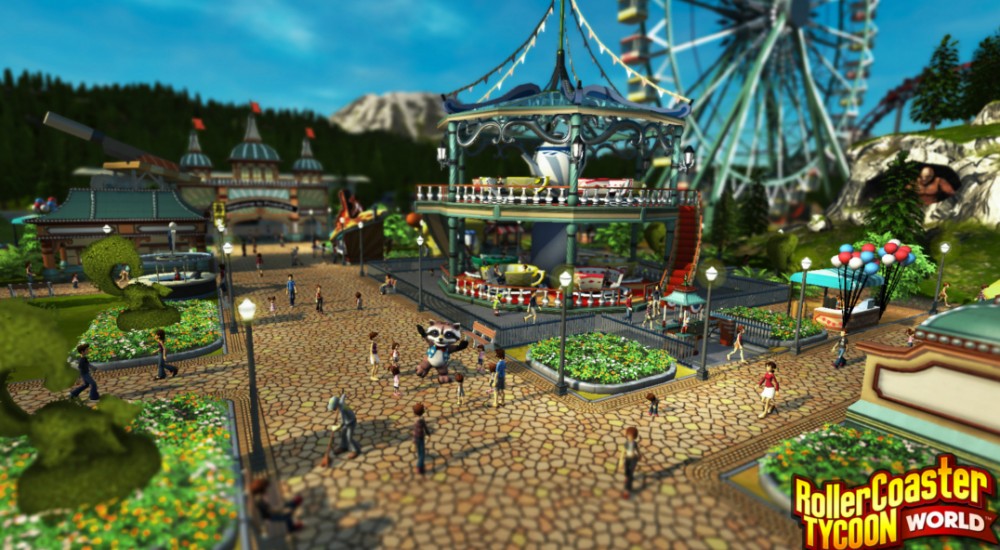 When I was in college there was a game that EVERYONE was playing. It was called RollerCoaster Tycoon Deluxe and it captured people's "learning" time, including both students and faculty. It was even used in an economics class I had to illustrate some points regarding capitalism.

The game was a simulation in every sense of the word and it allows you to tweak and customize a virtual theme park till your hearts desire. Every aspect down to the prices of an ice cream cone all the way to the design and placement of coasters made the game incredibly addicting. And while the series has had many sequels throughout the years it never quite reached that level of addiction I saw back during my Freshman year.

RollerCoaster Tycoon World hopes to rekindle the feel of the original game. Players can customize things like the speed of their coaster, the price of concessions, and where to place the bathrooms. New to the series will be a cooperative element, the actual parks will be broken up into four sections where each player controls their own section but works towards the greater value of the entire park with three other players. It's unclear if it'll be as tightly integrated as we saw in Zoo Tycoon, which allowed players to actually walk around and work together on the same areas, but enjoying this kind of simulation with some friends is guaranteed to bring some "had to be there" moments.

RollerCoaster Tycoon World is slated to release on the PC sometime in 2015. There's not much yet from the game, but we do have this short teaser.