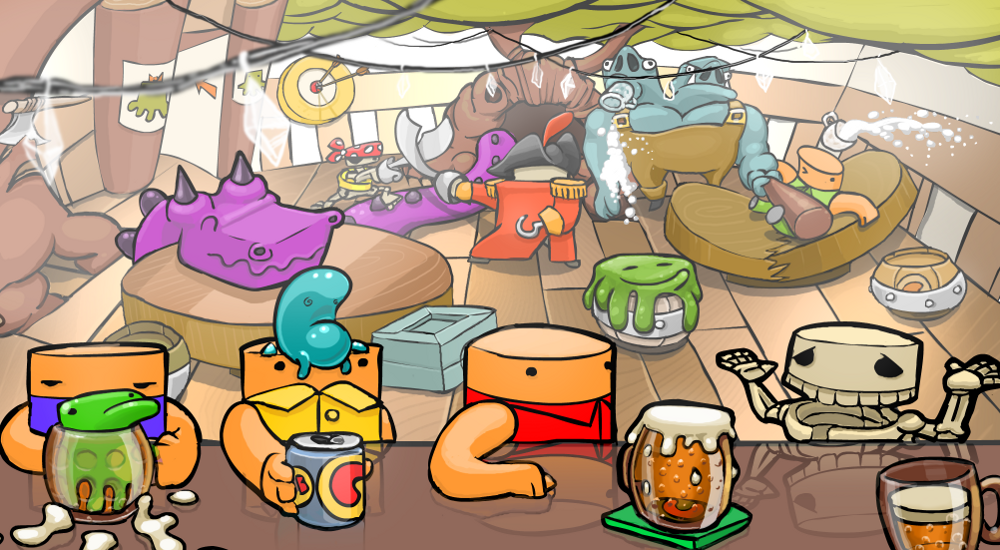 Kraden's Crypt wants to make roguelikes wonky again. The cartoonish game brings some standard weapons into play but deploys them in unusual ways, relying on physics and momentum to keep things humming. Instead of just stabbing with a sword, you actually have to swing it. Add to the fold a healthy four player co-op feature and you've got the makings of a top-down Castle Crashers meets Gauntlet. Sign me up!

Kraden's Crypt is currently in early alpha, but it's already shaping up to be something special. The weapons are by far the most entertaining part of the game. Each one is used in a slightly different way, forcing you to adapt your control strategies to do any damage at all. For example, to hit anything with the hammer, you have to swing the analog stick or mouse around in circles like some sort of insane dreidel (I made you out of RAGE). The sword works in a similar swipey manner, but the fireball and bow and arrow need a little more finesse to use effectively.

The result of all this weapon whackery is a game that feels silly but captures your attention right from the get-go. To top it off, there are lots of big bosses, crazy enemies, breakable environmental props, handcrafted rooms and randomly generated levels, all designed to keep you on your little cylindrical toes.

The Kraden's Crypt development team, WiseWonky, is hard at work getting their quirky little game ready for the world. No release date has been set, but we're pretty psyched about this one!