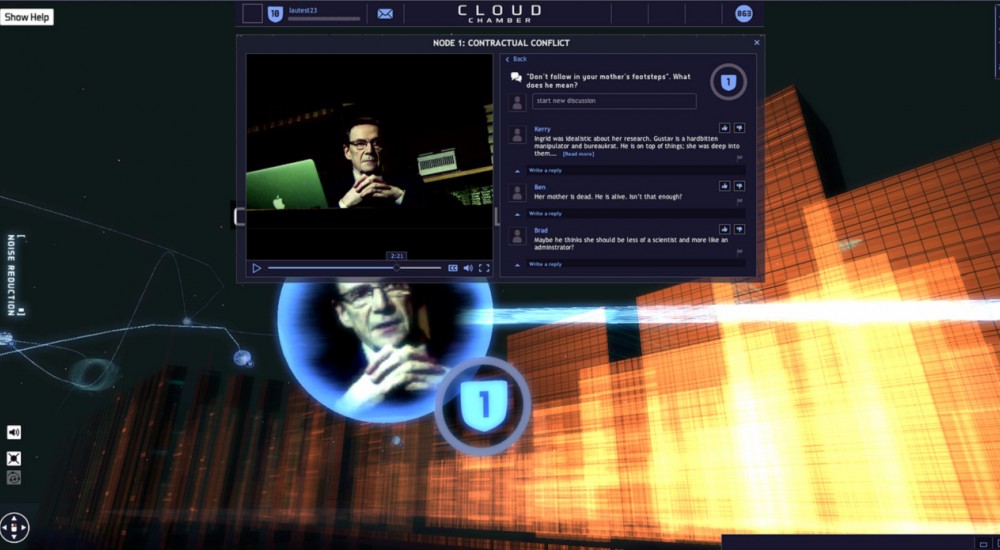 Ever want to play super sleuth and crack open an international conspiracy with your pals, but you're too afraid of what dark secrets you might uncover? Maybe you should turn your attention to Cloud Chamber and satisfy your need to expose the truth from the safe confines of a video game. A new spin on the MMO, Cloud Chamber is a game where players from all over the world collaborate with information they find to investigate the mysteries of the story.

This thing feels much more like an "alternate reality" game than a proper video game, but there's nothing wrong with that. The cooperative collaboration to discover what, exactly, is going on looks cool, and they've even got that dude from the Game of Thrones TV show everybody loves, so that's a plus. Danish magazine Gameplay rated it the "Best Danish Game" of 2013, and the "Best Game" of 2013 as well (despite not being out at that point), which seem like pretty high praise.

You can pick this FMV filled product on Steam right now for $19.99.