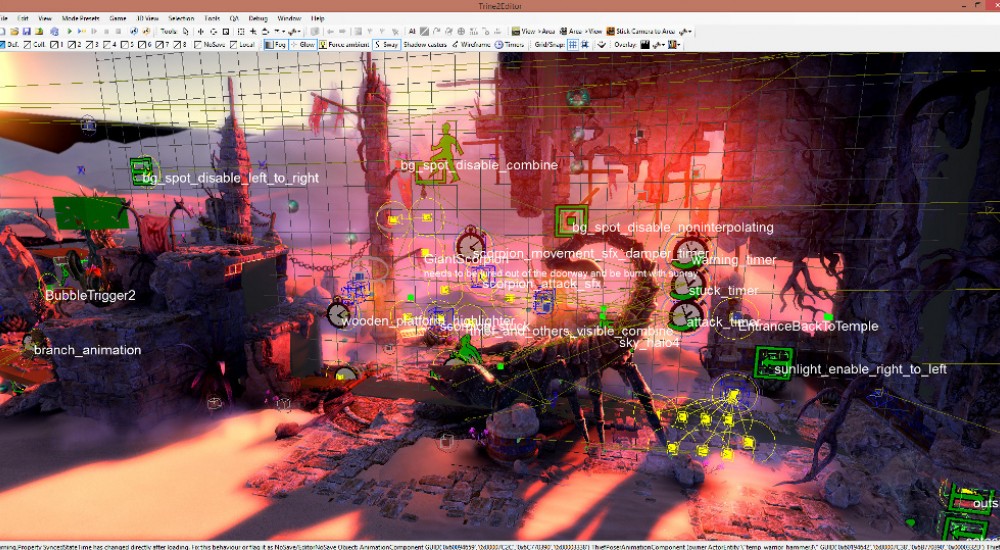 Frozenbyte wants you to make new levels for Trine and Trine 2! The studio recently released a polished-up version of the same editing software they use for making stages. It's in beta right now, but if you own Trine 2 or Trine Enchanted Edition, you can download it with just a couple of clicks.

For the uninitiated, Trine and its sequel are sidescrolling puzzle adventure games roughly similar to the old Lost Vikings series from a few decades ago. Three characters head out on the adventure (a knight, a wizard, and a thief), each with their own attacks, playing style and special abilities. In order to progress through the stages and defeat the enemies, you have to use their skills in concert by switching between characters on-the-fly. It's a swell set-up for a solo player, but when you throw in co-op for up to three people (including online!), you've got the makings of an amazing cooperative experience.

For now, the Trine editor isn't well-documented, making the initial learning curve look more like a vertical line. But the tool is extremely diverse and can edit existing maps as well as create new ones from scratch, so it's not like Frozenbyte is trying to keep any of this cool knowledge hidden. A wiki has been created to collect tutorials and instructions from the dev team and the community. Steam Workshop support has already been added, so level sharing is ready to roll as soon as the beta ends.

To grab the editor, fire up Steam and check out Frozenbyte's instructions page. After that, get ready for a head-scratcher!