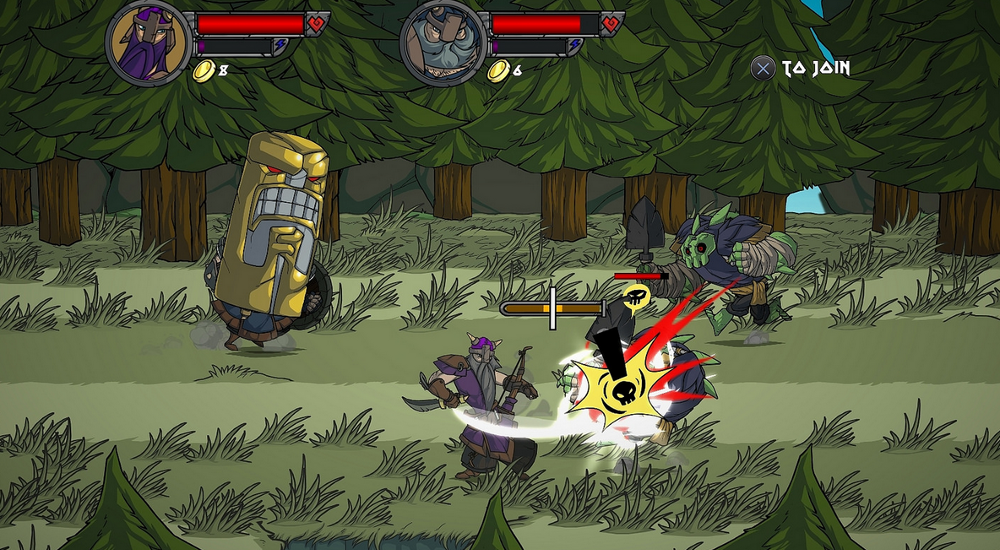 Viking Squad is an upcoming beat 'em up for PlayStation 4 that's all about beating things up. Well, that part's a given, but did you know it's also a little bit about raiding enemies from across the sea? After all, what else is a stereotypical viking supposed to do, munch on a cheese plate?

Despite what that guy who wrote the subline up there said, Viking Squad's art style does look a little bit like Castle Crashers in that it's big and cartooney. Since the two games share a genre, comparisons are inevitable. But Viking Squad does a few things to make it more than your average brawler. The voyaging aspect of the game sends players to a different place each playthrough. Do the battle thing, exhaust your supplies, then head back, re-equip and do it again, hopefully getting a bit further the next time. It's kind of like a beat 'em up with boat-based grinding.

Developer Slick Entertainment has included four characters to choose from, each with their own special moves and weapon preference. Judging from the video it looks like co-op allows for as many as three players at a time, but since there are four characters, we're hoping for an all-out four vs. everyone brawl.

Viking Squad is in development and set to release sometime in 2015. Online co-op hasn't been confirmed, but the team is "crossing their fingers" and hoping it'll happen.