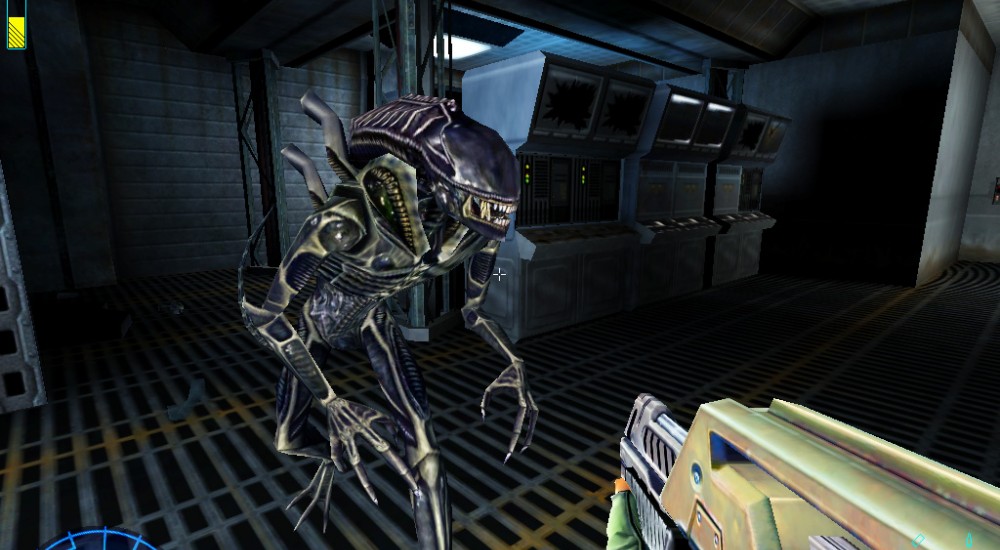 It's been a difficult time for Aliens games as of late. Sure, Alien: Isolation might have enjoyed a few accolades recently, but Aliens: Colonial Marines just didn't live up to the hype. However, we'll forever have those precious few good games in that universe, with the most heralded being Aliens vs Predator 2000, which is now available for free on GoG.com.

In AvP2k, you and three friends can climb into the hulking, far too arrogant boots of some space-faring marines in a co-op survival situation, where you'll use rapidly diminishing resources to eviscerate both Aliens and Predators. Of course your squishy human bodies aren't exactly equipped to take punishment from these brutal hunters, so teamwork is the only hope you have of not getting a really detailed look at how pink your innards really are. The game has been optimized for current machines, even going so far as to support Xbox 360 Controllers if you are so inclined. This promotion is a part of GoG.com's Galaxy Beta Test. Sign up for the Galaxy Desktop Client Beta and you'll receive an e-mail with your Beta Key. This promotion is only until October 17th, 9:59 GMT, and also as supplies last. Grab a few pals and go to town on some xenomorph scum. All it costs is a little bit of your time.