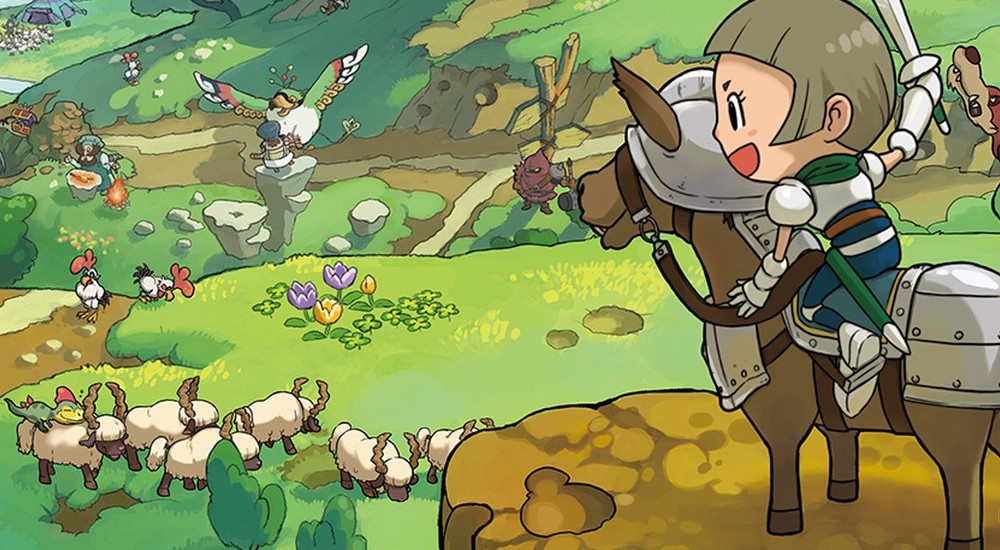 Nintendo DS and 3DS owners shouldn't be strangers to the life sim genre. Everything from Harvest Moon to Animal Crossing has had time in the spotlight on the portable systems. Now it's time for Level-5's creation to step out and get some attention. Fantasy Life launches tonight in North America, and it brings with it some fanciful hybrid gameplay that supports both local and online co-op!

Here's a partial list of what you can do in Fantasy Life: craft, spell cast, hunt, battle, adventure, mine, cook, tailor, practice blacksmithery, and probably just sit there and stare at the trees. The game takes an unusual tack for the simulation genre and builds in a host of RPG-like progression systems into the gameplay. Sure, wandering around collecting wood and harvesting materials is a ton of fun, but wouldn't it be even better if you could build your character into something more? Level-5 thinks so!

Characters in Fantasy Life fall into one of 12 different Life Classes, ranging from combat-ready paladins to crafty carpenters and choppy woodcutters. Each class has their own set of skills to learn, but all of them can forge ahead and make it through the game. Just in case you're not happy with your decision, Life Classes can be switched at any time, building cumulative skills until you can basically do it all! Battles, dungeons and quests are part of Fantasy Life as well, and they're made even more interesting by the added co-op gameplay! Players can join with friends to tackle tough enemies and areas, teaming up and using an in-game communication system to plan out strategies.

Fantasy Life is available after midnight on the Nintendo eShop. It supports both local and online co-op.