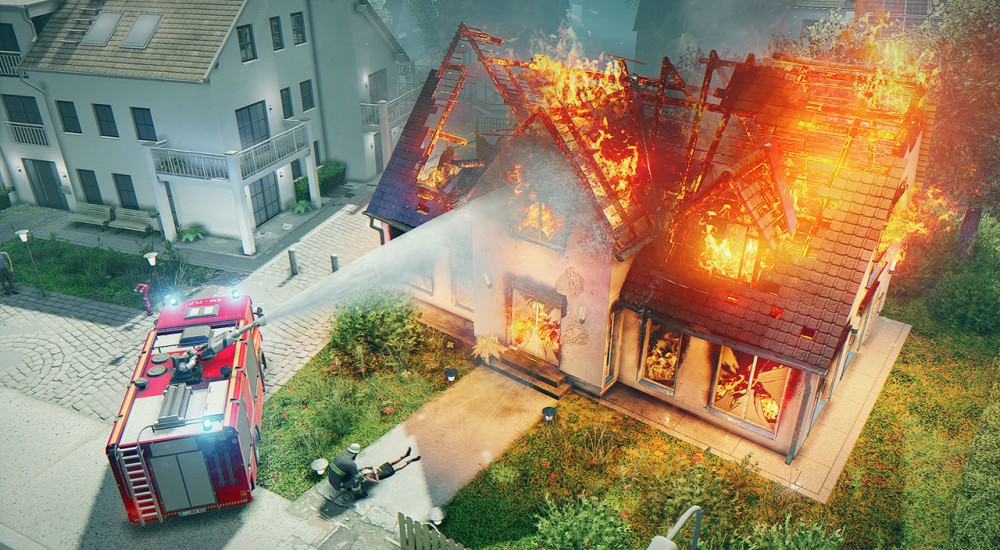 Remember the Emergency games from a few years ago? German studio Sixteen Tons Entertainment's simulation series has been kicking around since 1998, spawning a few sequels, spinning off a few spin-offs, and even rooting a mobile version or two. It's been almost eight years since the last numbered release, but now it's time to strap on your rescue gear and save the city. Emergency 5 is on the way.

Emergency 5 puts you in the heavy boots of the officer in charge in a variety of disasters that have beset your virtual city. Work as an EMT, a firefighter or a police officer as you save people from ten major events and 50 incidents in three unique locations based on real world cities (Berlin, Hamburg and Munich). As an extra special bonus, an editor allows you to create maps and modify vehicles, meaning you can finally live out your fantasy of saving the Little Mermaid in a virtual version of her undersea world.

Saving people and being a cool hero is fine and good, but how's about we throw in some co-op so your friends know how brave and attractive you are? Emergency 5 supports online co-op for teams of up to four rescuers. Special multiplayer events will put your teamwork skills to the test as you assist other players and try not to hog all the glory. Come on, people, we're in this together. Peace and love and all that stuff.