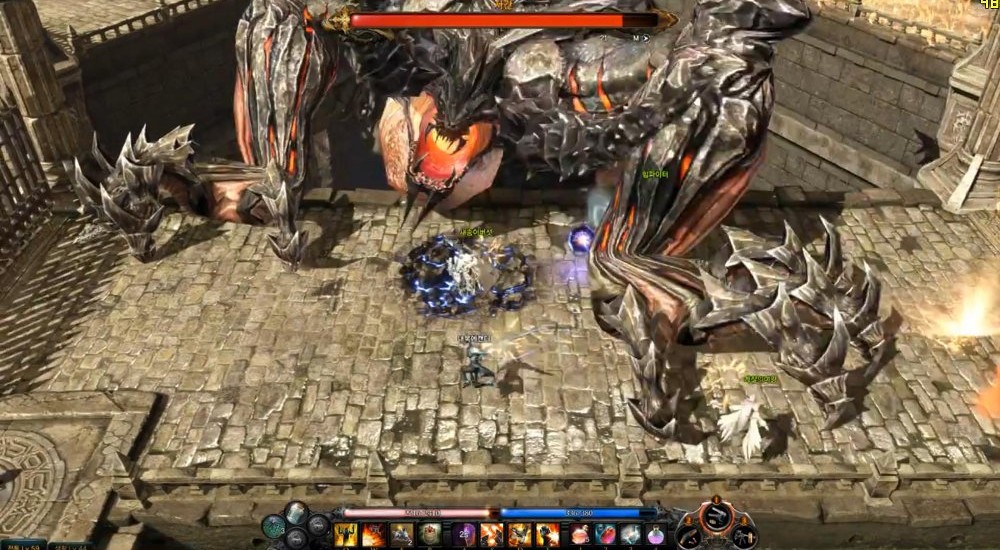 Don't you just love these "secret" games that seem to exist only to make you go WOW? Lost Ark is an action RPG in the vein of Diablo or Torchlight currently in the works by a Korean team Smilegate. To sum it up neatly, it's basically just like Torchlight, only with the special attacks turned up to frickin 100.

Words cannot express how exciting the combat looks in Lost Ark. Everything from giant mechs splatting baddies to dragons breathing fire at groups of foes is shown in the video (below). The attacks are big, very big, and there's no shortage of fire or magic or special effects to make them look even more exciting. Add to that the masses of enemies that absorb said attacks and you've got yourself one intriguing trailer.

Oh, and did we mention you can apparently move islands around with your magic? Yeah, that's a thing. It's probably confined to a few very specific cinema-type sections, but we don't care, it's awesome. Skip to about the 5 minute mark on the video to see it happen. That same jumping off point conveniently shows four player co-op as well, a mode that involves cooperative puzzle solving instead of just "fighting together".