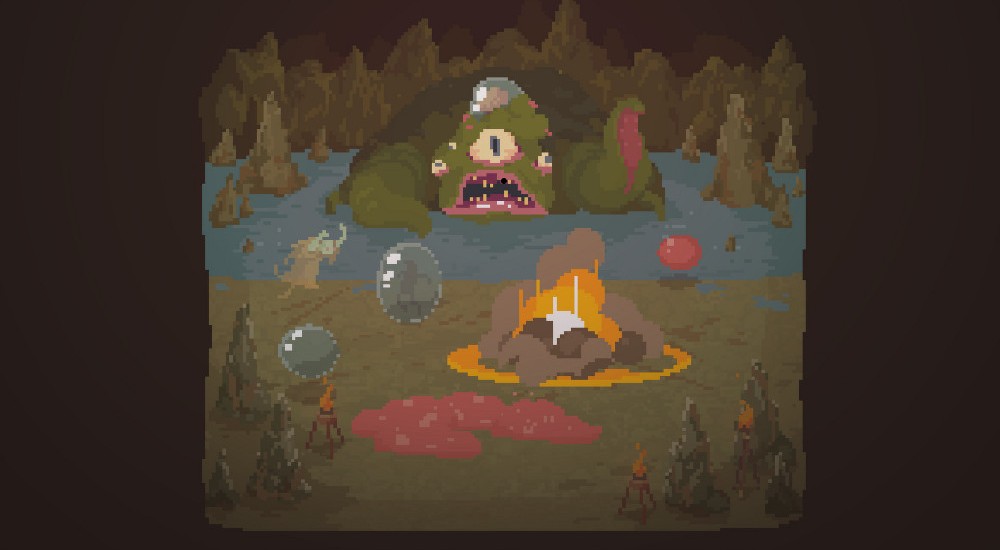 Out for a little light arcade dungeoning one evening, are you? Well, if you've got friends, we have bad news to share. They're out to get you. And they have teeth and claws and traps and stuff to help them do it.

Crawl is an arcade game that turns the concept of co-op play on its side. Here's the set-up: one player controls the hero, a typical sort of bloke who has weapons, items, magic and stuff. His job is to explore a randomly generated dungeon packed with traps and monsters, search for loot and gain XP so he can fight the final boss. The catch with Crawl is that those traps and monsters are controlled by other players, meaning as many as three of your friends could be working together to ensure you die. Even if the hero makes it to the final boss, the other players control that beast collectively, too!

Right now, Crawl is live on Steam's Early Access Program with a heap of its features ready to roll. Local co-op is there, as are stats to increase, weapons and magic to equip, monster and trap evolutions to pick through, etc. There are bots to play against if you happen to be local friend challenged, and since every dungeon is randomly generated, each round will be a little bit different. Future updates will include more of the above, and just maybe online multiplayer. Maybe.