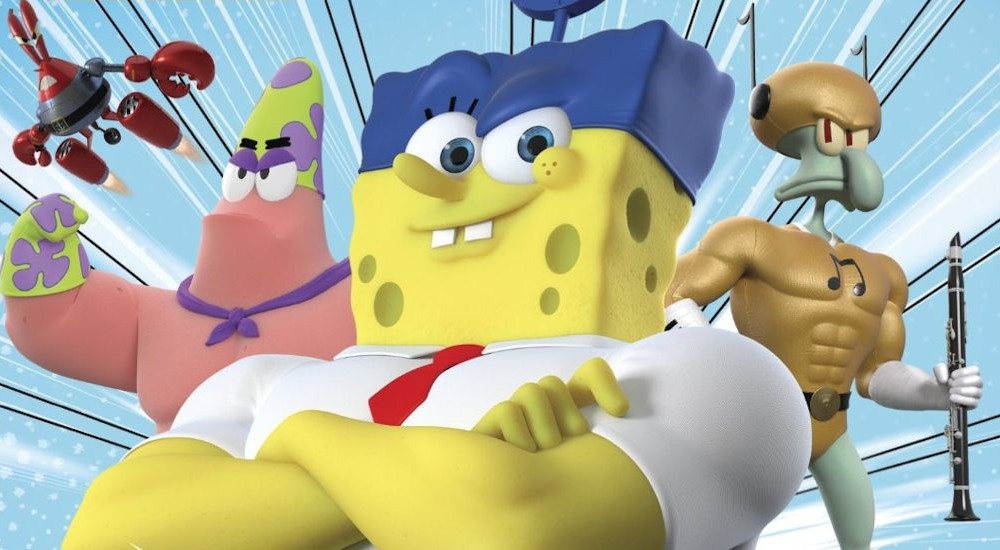 Behold, your Xbox 360 is not going to collect dust. There's a new co-op game coming next month that's available exclusively for the platform. Spongebob Hero Pants is the movie tie in to The Spongebob Movie: Sponge Out of Water and it looks friggin' great if you're a fan of the series.

SpongeBob's dreams are coming to life and altering space and time beneath the waves. SpongeBob must join forces with his friends to unlock their hidden abilities and put back the pieces of his shattered cartoon psyche. Along the way they’ll visit alternate forms of Bikini Bottom as it is warped by SpongeBob’s mind into prehistoric, war zone and candy-coated versions of the town.

The movie combines live action with 3D renders of Bob and all his pals from under the sea. It also has Antonio Banderas, though sadly, it looks like the game is devoid of his sexy accent and pirate outfit. While the game is coming to mobile platforms, its the Xbox 360 version which features a four player co-op mode with drop-in/drop-out play. Take the role of Bob, Patrick, Squidward, Sandy, Mr. Krabs and Plankton as you attempt to repair Bikini Bottom. So...many...jokes...must...resist.

Spongebob Hero Pants is out on February 3rd with the movie hitting theaters on February 6th.