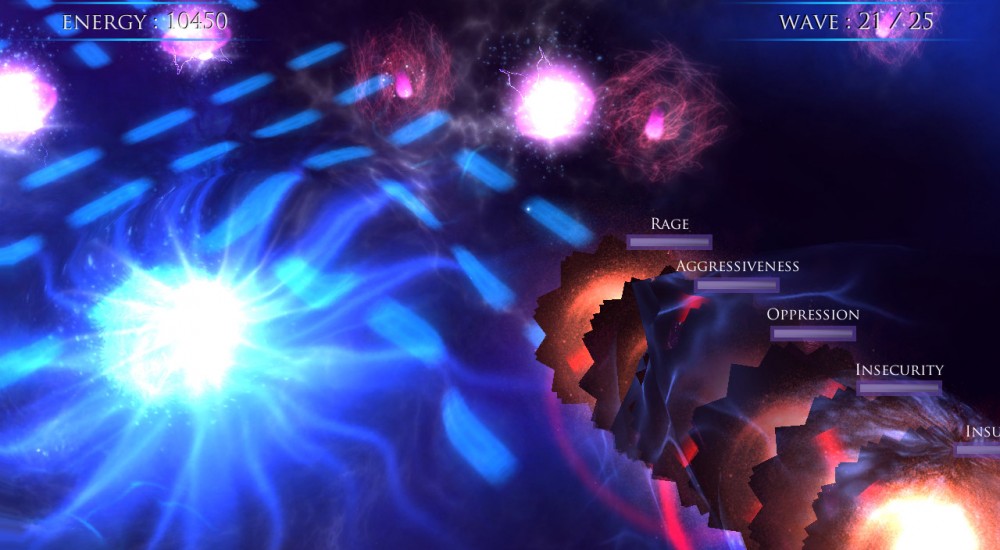 Particula, a unique tower defense title, recently released on Steam Early Access to ease our minds and get us to have some fun with friends. While not the most well known indie dev, Microblast Games certainly produced an interesting tower defense title that certainly caught our eye.

Available on Windows, PC, and Steamplay, Particula has a wide variety of modes like single player, multiplayer, as well as three player co-op. From the look of it, players can actually take control of various "towers" to battle themselves on the field. The premise seems to be that your within your own mind(s) trying to destroy negative thoughts to achieve inner peace/serenity. This is quite an interesting concept, as most tower defense games are filled with a lot of tension and strategic planning to survive the next wave.

Other than our interpretation, the game is quite mysterious! There's little information within the game about the towers themselves, enemy types, or even a tutorial to learn how Particula plays out. We do know, however, that each tower you create has a certain elemental energy attributed to it, such as fire or ice. We recommend just jumping right in and use previous knowledge of other games in the genre to do your best.

Many players have already described the game as a fun experience that is great when coming home to relax and play something with your friends. In fact, one of the best parts of the game is said to be its smooth soundtrack. Additionally, there are a bunch of Steam Trading Cards to earn in the game for more player interaction. Hopefully we'll have our impressions of the game to expand our own knowledge of this thought-provoking title. If you're interested in picking up Particula, Steam is holding a 50% sale off the regular price, going for only $7.49! Grab this deal by February 9 to experience the game. There is also a bundle for three players if interested in bringing two other friends to join in. Relax and have fun!