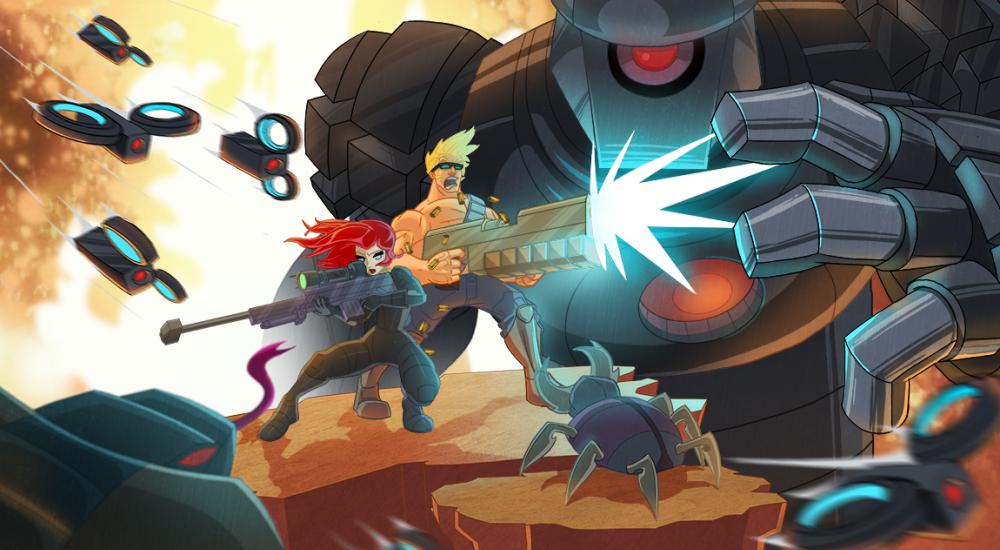 For centuries, mankind has often turned its gaze to the stars and embraced its desire to gun down every living organism that wasn't born on terra firma. Hoping to capitalize on this uniquely alien-oriented bloodlust, the minds down at Rocktastic Games and Surprise Attack Games have banded together create Space Sluggers. No, Space Sluggers does not detail the hilarious misadventures of a galaxy faring baseball team. It's actually about a bunch of heavily armed humans with a grudge against extraterrestrials rampaging in top-down shmup fashion.

Want an "outside voice only" talking drill sergeant to detail the game while referring to you as "maggot"? Fine. Check out the trailer.

Space Sluggers takes place in the year 2560, where mankind has somehow gotten into yet another pickle. The titular "Space Sluggers" are called in to right the wrongs and save humanity, with the players each taking control of one of the crew. Each Slugger has their own unique abilities, weapons, and of course personal problems to change up gameplay from one character to the next.

Up to four players can team up in local or online play to waste alien fools in a drop-in/drop-out campaign. No clue if you can mix or match your online buddies with your couch friends, though.

Space Sluggers is due out sometime in 2015 for PC, Mac, and Linux.