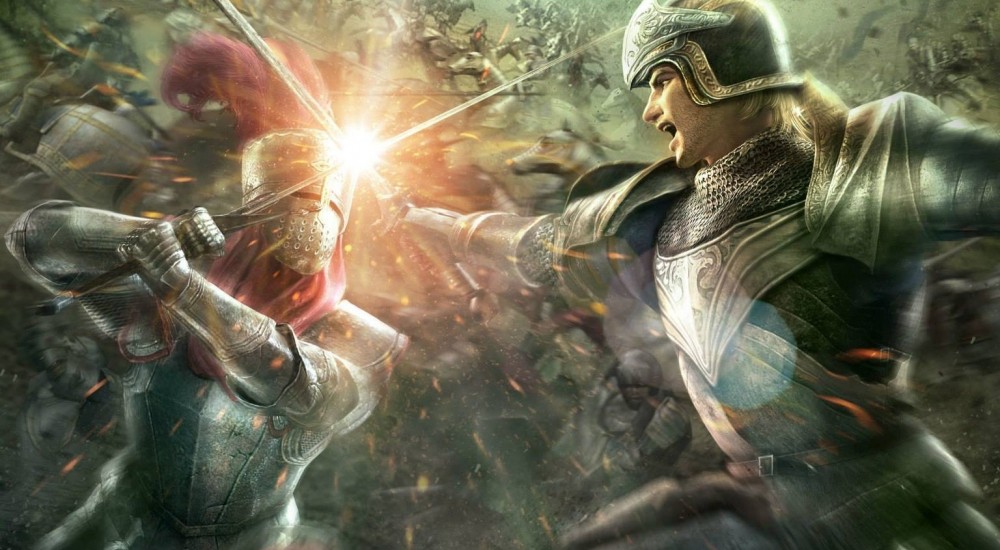 Eastern History has been subject to the revisionists over at Koei Tecmo since the PS2 era, with the Dynasty Warriors and Samurai Warriors games portraying real-life figures with the ability to decimate a dozen men in one strike, and also possessing absurd anime haircuts. They've even broken into fictional territory, giving the Gundam and Zelda universes the ol' Warriors treatment. Now, it's time to return to our reality for a recap of Western Civ with Bladestorm: Nightmare, a game depicting the Hundred Years War: the historical conflict between England and France. Only now, Joan of Arc can blast fools with lightning, and the Black Prince can summon a dragon.

Check out the teaser trailer.

D-did we just make it through an entire Koei Tecmo teaser without hearing any anachronistic J-Rock? Is this still the real world?

Following (relatively) hot on the trail of 2007's  Bladestorm: The Hundred Years War, players will once again be launched into the shoes of either the French or the English. Unlike Hundred Years War, Nightmare includes two-player co-op play, with missions completed in co-op counting towards the main story.

Bladestorm: Nightmare will be available on March 17th in North America for PS4 and Xbox One, with a download-only version for PS3. If you've still got a PS3 save of Hundred Years War kicking around somewhere, you can even boot that up in Nightmare to jam with a buddy.