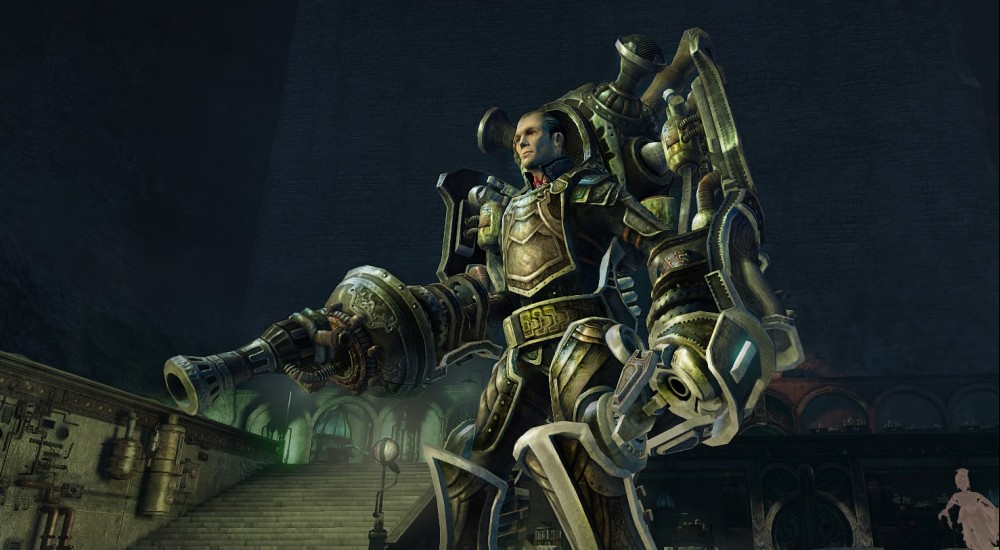 With this newest installment of Van Helsing headed to us in a scant month or so, how's about we rap about some new classes?

Here's a quick trailer promoting a modest two of the new classes coming this May.

Fun fact time: "Phlogiston" is the key element to the disproven "phlogiston theory," which suggests that flammable materials react to the phlogiston in order to create fire. In Van Helsing, it also lets you create a killer Lex Luthor suit and set fire to demons. Who knew!

While the Phlogistoneer relies on their smarts and fancypants murder armor to decimate waves of enemies, the Umbralist is a magical rogue who uses the power of deception to hack apart foes.

I don't recall Professor Abraham Van Helsing from the novel Dracula teaming up with a psycho in a huge metal suit and some guy with swords made out of pure evil, but it's been a while since I last read the book.