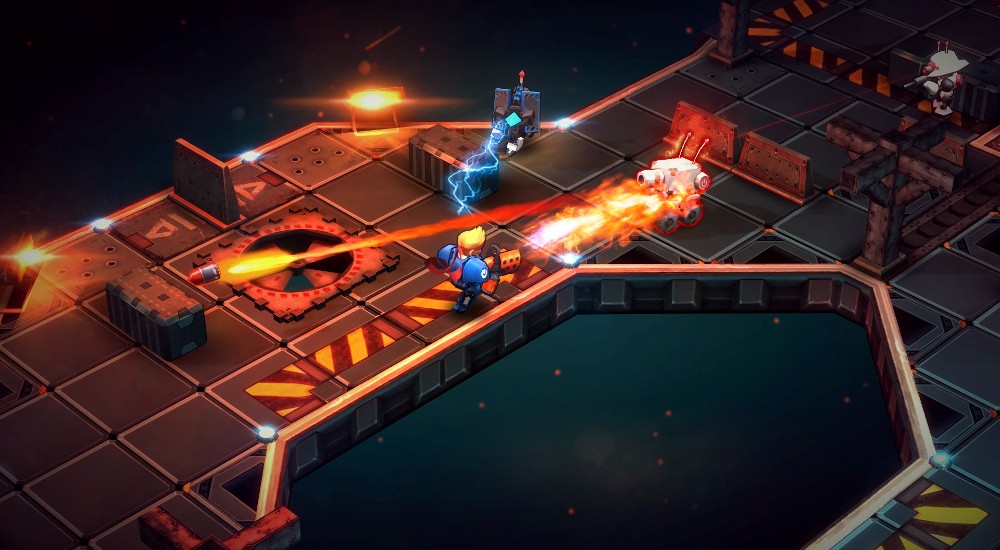 The top-down old school arcade shooter Meltdown has just gotten a bit more futuristic. A recent update to the PC version of the game added support for Oculus Rift, bringing a touch of virtual reality to the sci-fi game. Don't worry, co-op is cross-platform, so you don't really have to cram your buddies into a single Rift.

Meltdown is a tactical shooter that supports solo play as well as teams of four co-op humans battling for survival. A system malfunction has trapped protagonist Zed on a spaceship, and now he's got to shoot his way to freedom. Levels are randomly generated, just like in real spaceships, and Zed can pick up loot, level up, and tactically avoid getting his organs handed to him with a battery of dodging abilities and upgradeable skills.

As a fun side bonus, Meltdown is half off during the Steam Summer sale, selling for $3.99 or $8.49 for the four pack until June 22. The cross-platform co-op play allows PC, Mac, Linux, OUYA, iOS and Android users to hop in and get things done no matter what device they prefer.