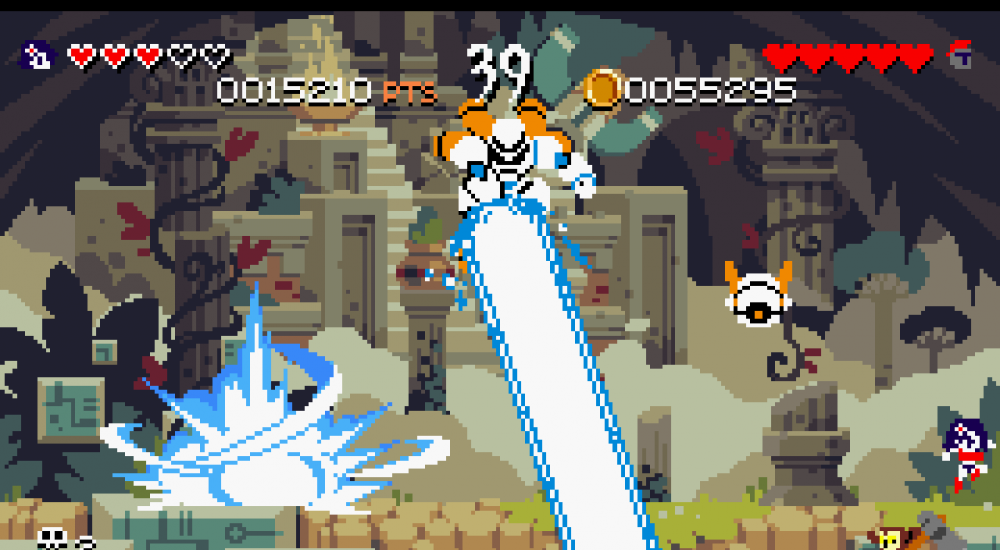 The gist of Curses 'N Chaos is two bounty hunters, Leo and Lea, have been cursed by Algarr the Wizard King. This results in them getting swarmed by baddies every time they take a breath. Fortunately, Alchemist Allison knows how to get rid of the curse: the Elixir of Life. To get the ingredients necessary to make that elixir, Leo and Lea are gonna have to smash all the monsters. Which, when you think about it, doesn't sound like such a bad thing.

Curses 'N Chaos puts you and a friend in rooms and sends wave after wave of foes to attack you. Your job is to stay alive by beating the bad guys up one after another. You've got a few basic kick and punch-type attacks, that's fine, but the cool part is you get to mix and match ingredients to create powerful attacks that look as epic as they sound. Oh, also, you can dance to alleviate stress. Just like in real life.

Curses 'N Chaos is heading to PS4, PS Vita, and PC via Steam on August 18th. It includes both couch co-op and online co-op for two players. It even supports cross-buy, cross-play and cross-save on PS4 and PS Vita with adhoc multiplayer on Vita and couch co-op on Vita TV!