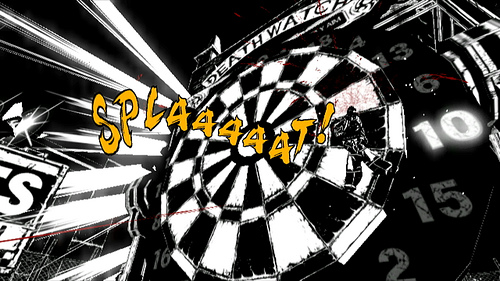 Sega's Madworld is something of a controversial yet artistic game.  Sporting black and white graphics with the only color being the red of your enemies blood, players fight through this gameshow style videogame stacking up the bodies.  The strange part?  The game is only available on Nintendo's family friendly Wii system.

Most people consider Madworld a spiritual successor of Smash TV.  So like the ol' Smasher, you'd think this game would be prime for cooperative play, no?  Well it turns out the latest trailer to the game has revealed at least some form of co-op, though it's not exactly confirmed what it entails.  The official by-line on Amazon.com reads it as minigames, but it could end up being more.

Check out the trailer and let us know what you think.