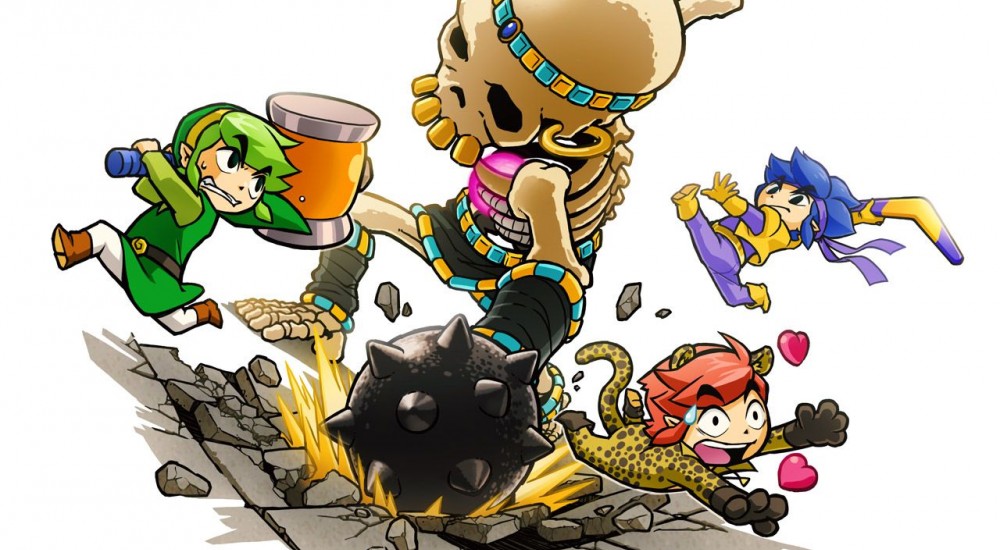 It seems like just yesterday you were telling your buddies how awesome Four Swords Adventures was and how Nintendo is dumb for not capitalizing on that. With the recent release of The Legend of Zelda: Tri Force Heroes, co-op Zelda is back, letting three player join together to go on Link-style adventures as a team.

Tri Force Heroes is very much a Zelda game at its core, featuring the usual assortment of swordplay, arrow shooting, boomerang action we've come to expect. A nice new twist on the traditional formula is the addition of outfits each Link character can wear. Players don outfits and gain special abilities depending on what they wear. One version might shoot arrows, another function as a medic, that sort of thing.

Tri Force Heroes really pushes the co-op with puzzles that demand players work as a single unit. The totem system allows Links to stand on top of each other to reach higher ground. Got a switch that needs to be triggered three blocks up? Let's get this totem thing started! Up to three local or online co-op players can adventure through dungeons helping each other solve puzzles and survive the perils of sliding spike things that are always, always waiting to ambush you when you walk into a shiny new room. For the love of apple pie, can't those things go extinct?