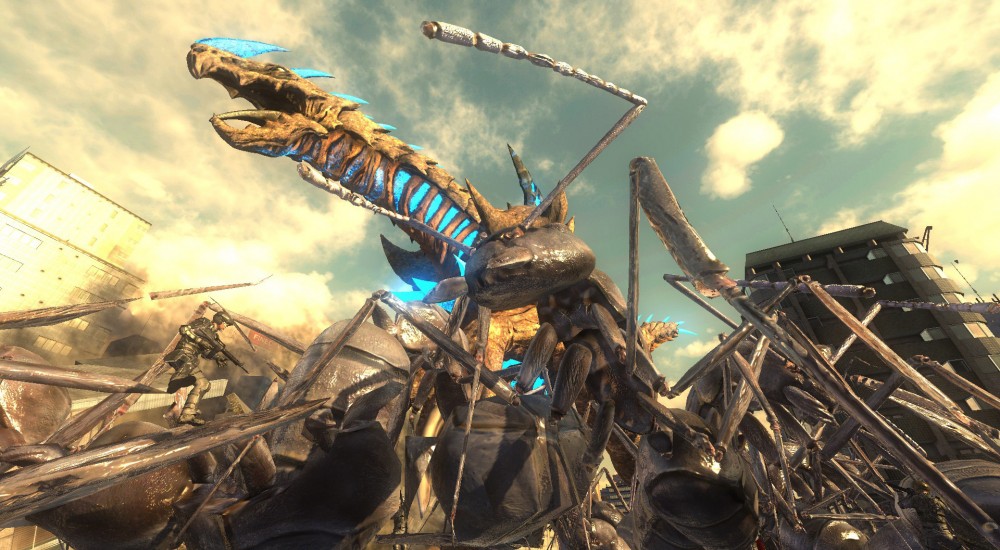 If you've never played an EDF game before, it's hard to describe really. The game is intentionally "bad" - like a B movie. It's campy, over the top, and pure popcorn action. We've seen a few iterations of the game since the original launched early on in the Xbox 360's life. Last year's Earth Defense Force 2025 saw several additions to the series, but it seemed that the older consoles simply weren't capable of handling the game.

Now re-launched as Earth Defense Force 4.1: The Shadow of New Despair, players can enjoy the game with proper framerates (mostly) and a few other new features.

In Earth Defense Force 4.1: The Shadow of New Despair, players will take on extraterrestrial invaders as the versatile Ranger, the aerial Wing Diver, the vehicle-summoning Air Raider, or the armored Fencer. Call in airstrikes, commandeer tanks, operate giant robots and more to obliterate alien scum. Two players can enjoy local campaign co-op and head-to-head versus modes, while online co-op features 98 total missions (9 exclusive to online play) with support for up to four players to increase the odds against this gargantuan incursion.

Last night we streamed the first seven missions of the game in online co-op. The game supports up to four players online or two players locally via split-screen. Overall the game is a ton of fun in co-op, and as you see from the video recap, it doesn't necessarily take itself seriously. Which is a good thing. This is the perfect game to grab a friend, pop open a few beers, and just play some old school couch co-op action.