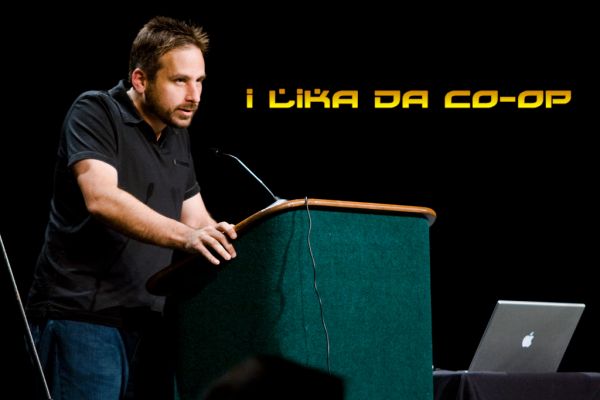 2K Boston's Ken Levine -- known best for his creation of the acclaimed first-person thriller BioShock -- answered ten questions for the Academy of Interactive Arts and Sciences, of which he is a member.

The final question was in regard to the future of video game trends, and Ken offered the only answer that we would post on our front page:

Q: Finally, when you look at the future is there one great big trend that effects everyone?

A: The last six months has cracked open the real potential of co-op a tiny bit. I've been playing a ton of Left4Dead, Resistance 2, Warhammer Online and I'm not someone who is big on multiplayer except for endless bouts of pathetic WoW solo grinding.

There you have it. Despite being the creator of 2007's runaway single player hit (and Game of the Year for many), a very well-respected developer and industry veteran has made known his expectation.

More and more developers are sharing this sentiment, but to this point I don't believe that we've seen someone with such a high profile being so blatant about co-op. Of course, some devs choose to do rather than say, but we're trusting Ken to take his prophecy from the soapbox to the studio.

Click here or on the "Source" link for the full Q&A.