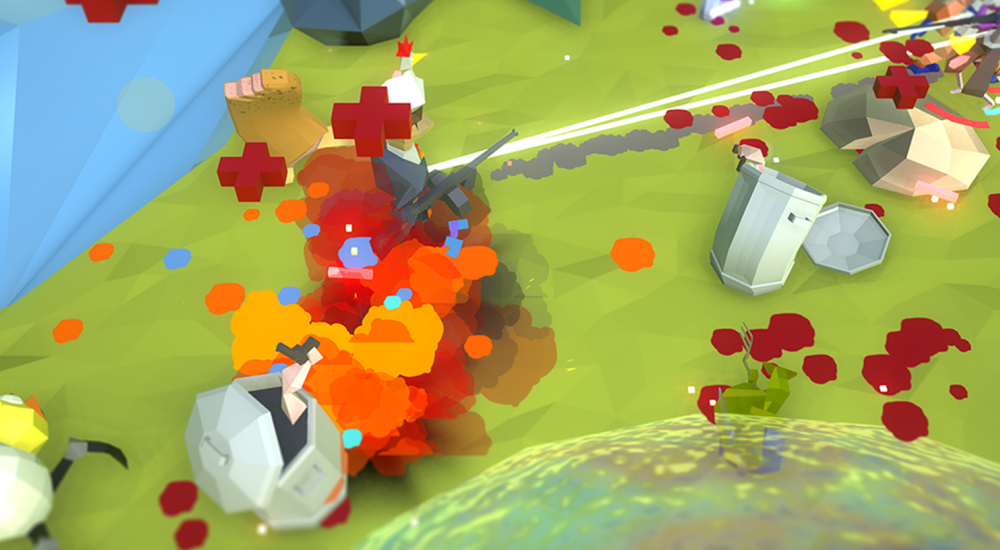 Steam Greenlight gives players the ability to determine which games will be available for purchase.This system allows for indie titles like Polycrusher to show what they can do in order to get votes from the community. Once the game has enough votes, the game will be Greenlit and available for distribution once the developer has completed the game. Polycrusher is a twin-stick shooter that is currently up for vote.

In Polycrusher, there are six characters to choose, ranging from a fat guy wearing a coconut bra to an old lady wielding a large laser weapon. Each seem to have unique character abilities that can be used to fight off waves of enemies. There are seven levels to play with nine enemy variants. In addition, you can play the game with your smartphone with free smartphone apps available for iOS and Android. Four players will be able to play locally, and there will be an online board to show off your high scores.

Polycrusher has not been Greenlit yet, but if you are interested in seeing it on the Steam store, go ahead and vote for it here.