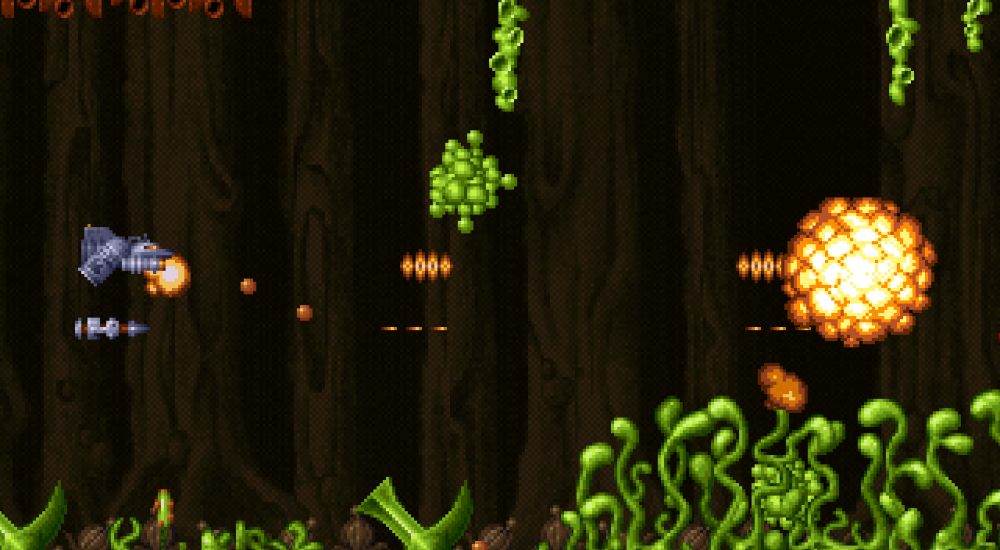 1993 Space Machine was actually made in 1993. Designer Krister Karlsson and team had everything almost ready to go, but the game never got a release. You know, there was all that drama with repairing the Hubble Space Telescope, and Seinfeld was getting pretty good around then. But now, over two decades later, it's time to revisit the past. And you don't even need to break out that Amiga!

1993 Space Machine plays a lot like R-Type. Grab your ship, kill some sidescrolling enemies, kit out your ride with weapons and defensive equipment, then plow through some bosses. There are ten ships to choose from, along with 25 different weapons, 13 playable levels, 100 enemy types, and ten badass bosses. Oh, and explosions. Lots and lots of explosions.

Here's the best part: 1993 Space Machine sports a four player local co-op mode. You and three friends can plop down on the couch with a bag of Salsa Rio Doritos and Jolt cola and enjoy shooting everything that even looks at you the wrong way. The action can get pretty intense with everyone on the screen at once, but 1993 Space Machine manages to maintain its difficulty even with four players at the helm.