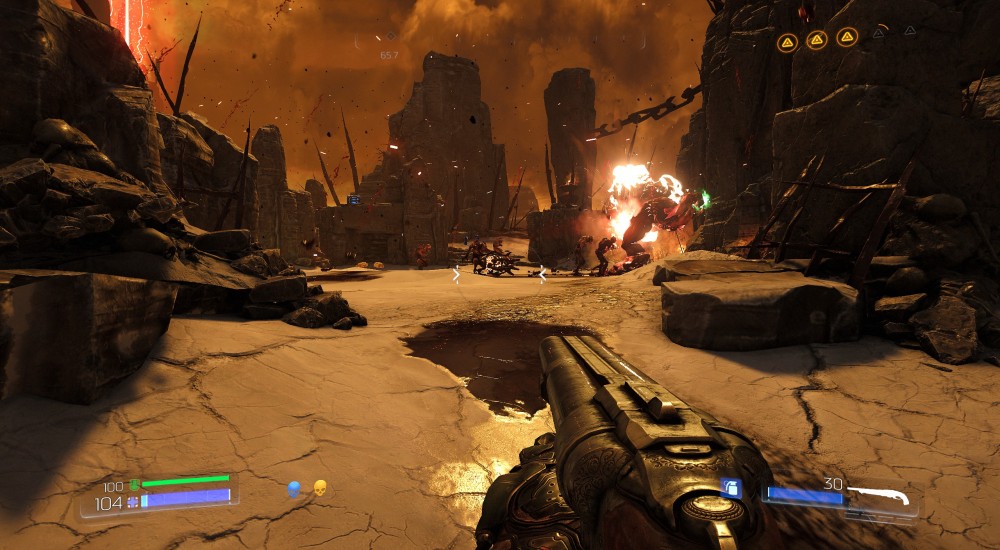 When we saw Doom drop to $35.99 last week in Steam's 2016 Summer Sale, we thought there was no way a 2 month old top selling game could get cheaper on PC... Au contraire.

This weekend the GMG fired up their own Bethesda PC gaming sale with some impressive prices across the Bethesda game series. The best of the bunch by far is the May 2016 released Doom dropping to $35.99 instantly and after a 20% off stacking coupon falling further to $28.79. Hot deal for a 2-month old AAA. The game's co-op play is available in custom made scenarios and maps from the community in Snap Map.

There are plenty of other titles worth picking out of the pile, including The Elder Scrolls Online. This weekend after coupon you'll pick up ESO for $15.99 after coupon, which is as cheap as you can expect to find the now subscription-less MMO.

The GMG Bethesda sale has a limited run. The official ending is Thursday, July 14 at 11AM Eastern. That gives us a little less than a week to pick up the cheapest Doom to date.